'Oh please!': The View erupts over Mike Pence's refusal to dine alone with women who aren't his wife 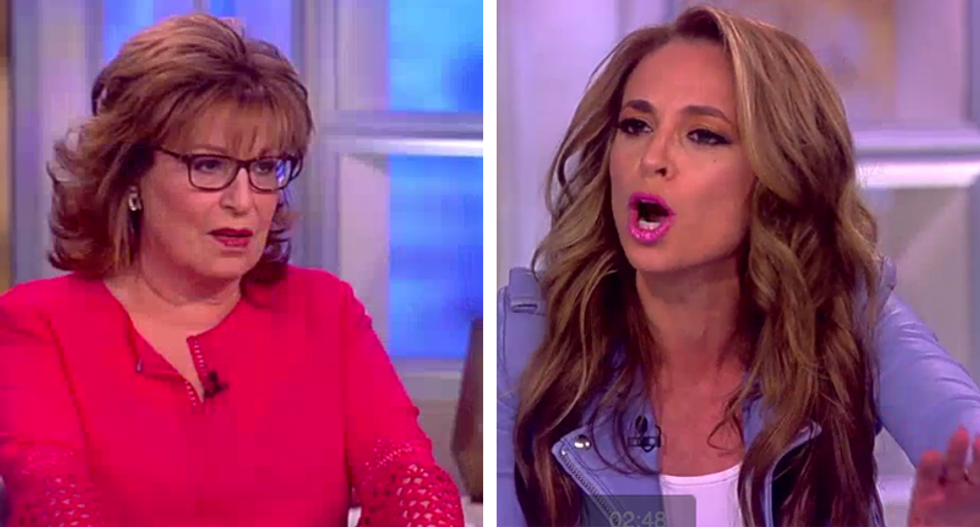 A Washington Post profile of Mike Pence published Tuesday revealed that the vice president “never eats alone with a woman other than his wife and that he won’t attend events featuring alcohol without her by his side, either.”

The vice president’s refusal to dine with women without the supervising eye of his spouse set of a firestorm on social media, garnering both passionate critics and defenders of Pence’s rule. That firestorm continued Friday on “The View,” with the co-hosts split over whether the vice president is unfairly sidelining women through his refusal to meet with them, or simply adhering to his religious principles in—as co-host Jedidiah Bila put it—“one of the sleaziest towns in the country.”

“What is he afraid of?” Joy Behar asked her co-hosts.

Sunny Hostin argued Pence is a man of faith asking, “what good is going to happen having dinner with another woman where booze is flowing?”

Sara Hines argued it “rules people out,” arguing “it narrows you if you can’t have any male friends.”

“He doesn’t go out with women, that cuts down on networking for women,” Behar argued.

“I’m not going to bring my husband every time I’m around a man!” Hines shot back.

Bila argued that Pence isn’t talking about standard meetings between men and women, and is instead referring to the D.C. “slime out there” that uses one-on-one meetings to try and get ahead.

Watch the back-and-forth video below, via ABC: