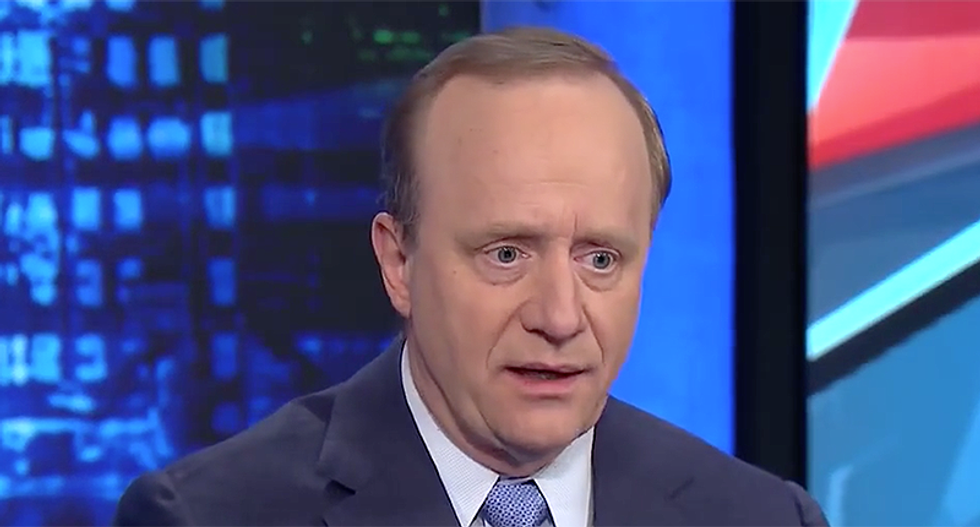 Cooper asked panelist Jeffrey Lord to please explain why it would be controversial for a former pentagon expert on Russia to suggest the outgoing administration was concerned that the Trump team — some of whom are under federal investigation for possibly colluding with Russia — would try get rid of any intelligence relevant to the investigation?

Kirsten Powers shot back at Lord, noting that Farkas never said Trump was surveilled by the Obama administration. "Incidental collection is not surveillance," she said, adding, "Isn't that the crux of what the smoking gun — that you believe that she's saying that there was surveillance?"

After some back and forth over what constitutes surveillance versus incidental collection, Cooper asked political consultant Paul Begala, "Do you think the White House or its allies will be able to distract from all of this by continually bringing up Evelyn Farkas?"

"It's not a smoking gun, it's a smoke screen," Begala explained. "Donald Trump is not very good at being president," he said, noting that Trump has the lowest approval rating in American history for an incoming president. "But what he's great at — and I mean this, the best I've ever seen — is distraction."

"He uses weapons of mass distraction," Begala said. "That's what the Farkas fracas is, it's just a way to distract us." Begala then pointed to an example of Trump distraction from earlier today. "Ten minutes before the Senate Intelligence Committee convened ... What did Donald Trump do?"

"He tweeted out an attack on the House Freedom Caucus for primary elections that are 20 months away," said Begala.