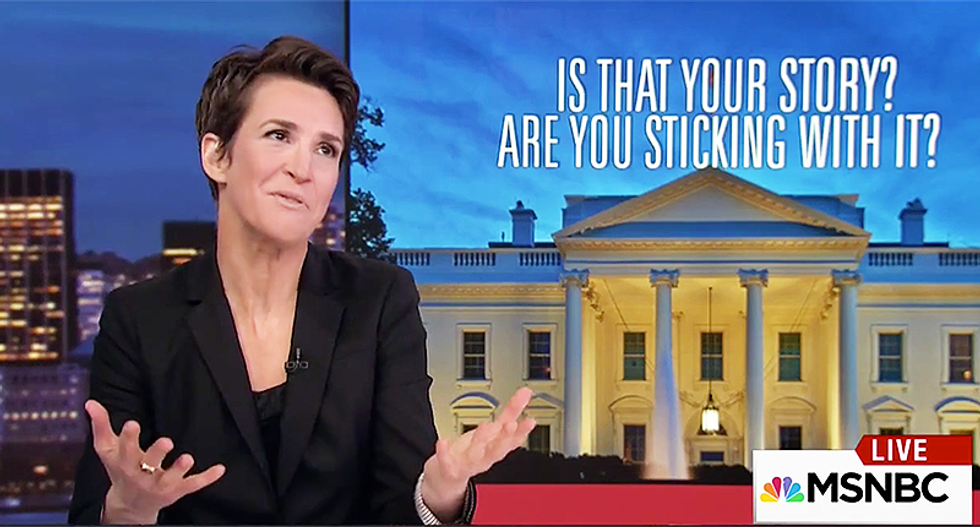 Last night, in an interview with Bret Baier on Fox News, Vice President Mike Pence said that the story about Flynn and Turkey was "hearing that story today is the first [he's] hearing of it."

Maddow noted that Baier didn't ask Pence when he heard about Flynn. Yet, twice when asked about the topic, Pence sought to say that it was the first time he'd heard about it.

However, Pence now claims that he's only now hearing about the information. Maddow called it absolute bunk.

"It's something to pick someone manifestly unfit for the job of National Security Advisor to be National Security Advisor, that's one thing," she continued. "It is another thing when you bring somebody on board to a top national security position while they're also on the payroll of a foreign government! And you either don't notice or you don't care."

Maddow noted that Flynn sat in on the president's daily intelligence briefings and that he had top national security clearance while getting paid by Turkey. She said that it was a "third level of scandal," however, when someone like Pence begins to make utterly implausible denials that he knew anything about it.