Rachel Maddow says Trump is a massive failure: 'Nothing they like to brag about' actually succeeded 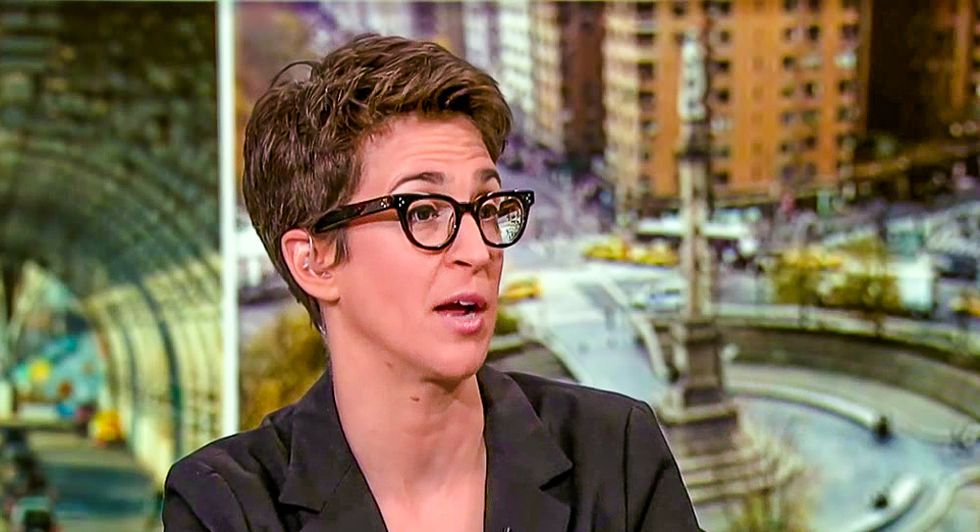 MSNBC host Rachel Maddow on Sunday argued that President Donald Trump's administration had failed at everything "they like to brag about."

"If you just look at what they've done in terms of policy," Maddow said on Al Sharpton's MSNBC program, "it's interesting they haven't been able to do anything successfully on any of the stuff they like to brag about, they like to talk about, that he campaigned on. [The] Muslim ban has been a disaster."

She pointed out that Senate Majority Leader Mitch McConnell (R-KY) recently admitted that Mexico was never going to pay for Trump's border wall.

"The health care roll-out is an absolute disaster," Maddow continued. "Politically, it's absolutely dead. I don't think anybody believes it will ever pass the Senate. They never tried anything on taxes. Remember, they were going to do a trillion dollar infrastructure plan. Nothing that they like to talk about, nothing they like to brag about, none of their big stuff is working or, in many cases, they're not even trying to make it work."