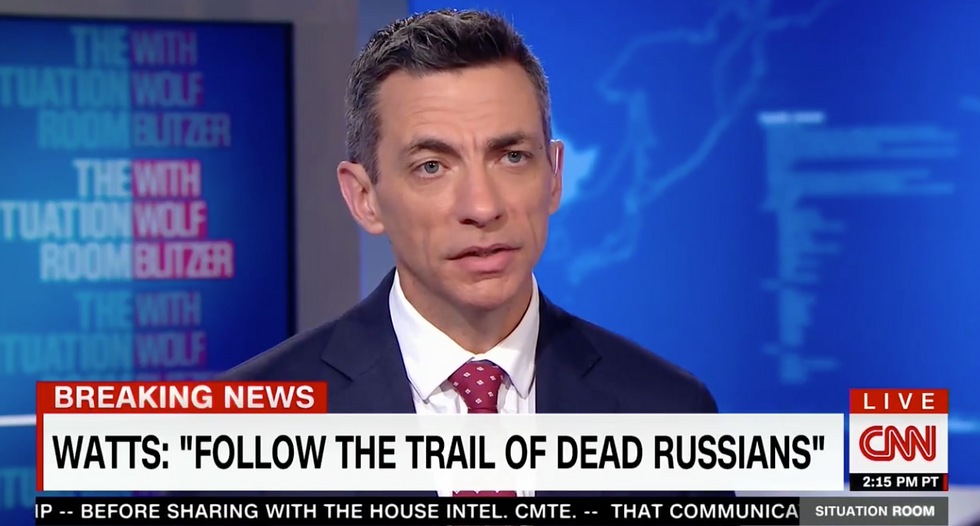 Watts, a fellow at the Foreign Policy Research Institute, explained the that the current political climate is a “dream come true” Russian President Vladimir Putin. Watts also described the sophisticated system deployed by hackers to disrupt the 2016 presidential election, including “synchronized” hacks and leaks. Watts argued the timing of information deployed by the Trump campaigns and Russian hackers “tends to lead to the belief that yeah, there was coordination.”

Watts then repeated a refrain he used during his Senate testimony, arguing that he’s not sure the president would back him up if he was targeted by Moscow.

“I know that I’ve been targeted … and I know I’m on that list,” Watts said. “If I speak today, my bank account could be compromised, I could be discredited through compromising materials, some true some false, but I think the biggest concern is I’m not confident right now that the U.S. government would actually come to bat for me. I’ve seen President Trump call for Russia to leak emails against a political opponent, I’ve seen him discredit the U.S. intelligence community to cite conspiracies that he’s seen on his Twitter feed.”

“So, if I say things that the Trump administration doesn't like or that counter to Putin, I’m not sure it’s not Trump first, Russia second and the rest of America third,” Watts said.