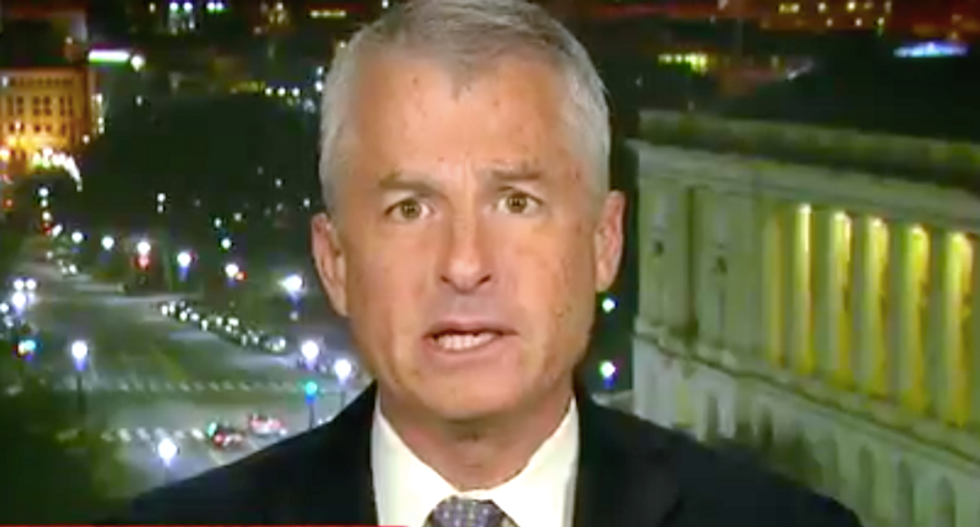 Mudd argued we are “transitioning from seeing this as the President of the United States to seeing this a circus clown.”

“Let me be clear, he’s either alleging that the FBI and the Department of Justice conspired” to tap members of the president’s team. “That’s crazy, Wolf,” Mudd said.

“If that’s not correct, he’s alleging that the former president conducted a felonious violation of federal law that exceeds what we saw in Watergate,” Mudd continued. “Without a single fact to support it.”

“These are circus clown remarks,” the CNN contributor said.

Mudd later railed into Trump for “launching a smokescreen” to deflect from this campaign’s ties to Russian officials, adding “the smokescreen is a lie.”

“The man is delusional, Wolf,” Mudd charged, adding the president “doesn’t understand the difference between protecting his brand and protecting the country.”