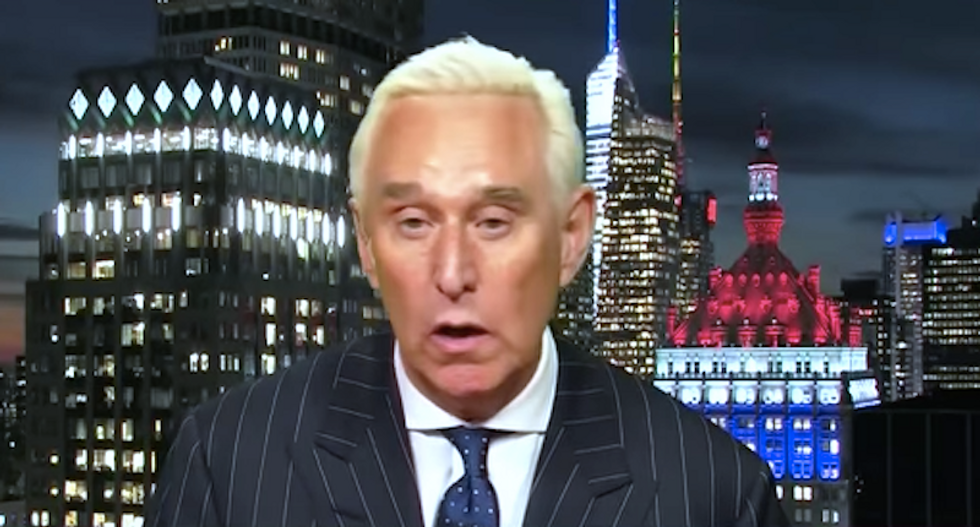 Roger Stone -- the Watergate-era GOP "dirty tricks" operative and longtime friend and confidant to Pres. Donald Trump claims that forces from the so-called "deep state" tried to kill him in a hit-and-run auto collision on Wednesday.

Mediaite.com reported that Stone appears to have survived the crash relatively unscathed. He appeared on conspiracy theorist Alex Jones' Wednesday edition of InfoWars to make his accusations against the government.

"It didn't seem like an accident to me," Stone told Jones. “I am a consistent critic of the Deep State that’s why I think I’m targeted.”

Stone tweeted about the accident after it occurred, writing, "Car I was in T-boned by large grey 4 door - dark tinted windshield - I was passenger side."

"I am fine after suspicious hit and run. Blurred vision in right eye on which I had surgery for detached retina sustained in boxing match," he continued. "Air bags saved me from serious injury - insist on doing my @InfoWars stint at 3 pm EST."

Stone has made headlines in recent weeks because of his connections to the hacker who reportedly broke into the Democratic National Committee's servers, Guccifer2.0. He was recently temporarily suspended from Twitter after a misogynist meltdown in which he repeatedly called a female critic a "stupid b*tch."

This is not his first claim that someone is trying to assassinate him. Stone claimed in January that someone had poisoned him with the radioactive chemical polonium 210, which was used to murder Russian journalist and Putin Critic Alexander Litvinenko.