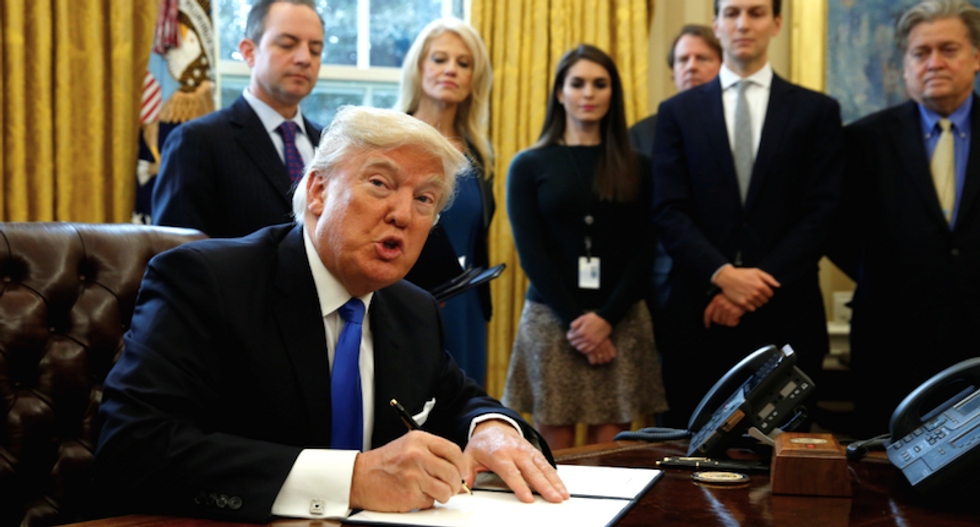 The White House on Wednesday reportedly banned the press corps from attending all of President Donald Trump's meetings in the wake of his accusation that President Barack Obama ordered an illegal wiretap of his phones during the 2016 campaign.

According to White House Correspondent Mark Knoller, the press will be afforded "no chance to question him about his wiretap tweets" because media will not be allowed in any of Trump's Wednesday meetings.

As of this writing, all of Pres Trump's meetings today are closed to press coverage. No chance to question him about his wiretap tweets.
— Mark Knoller (@Mark Knoller) 1488978621.0

In a series of tweets over the weekend, Trump made the shocking claim "that Obama had my 'wires tapped' in Trump Tower just before the victory."

He went on to compare the incident to Watergate, calling the former president "bad" and "sick."

The White House has said that the president has proof of the claims but staff have refused to provide it. Intelligence sources, however, have called the accusations "nonsense."