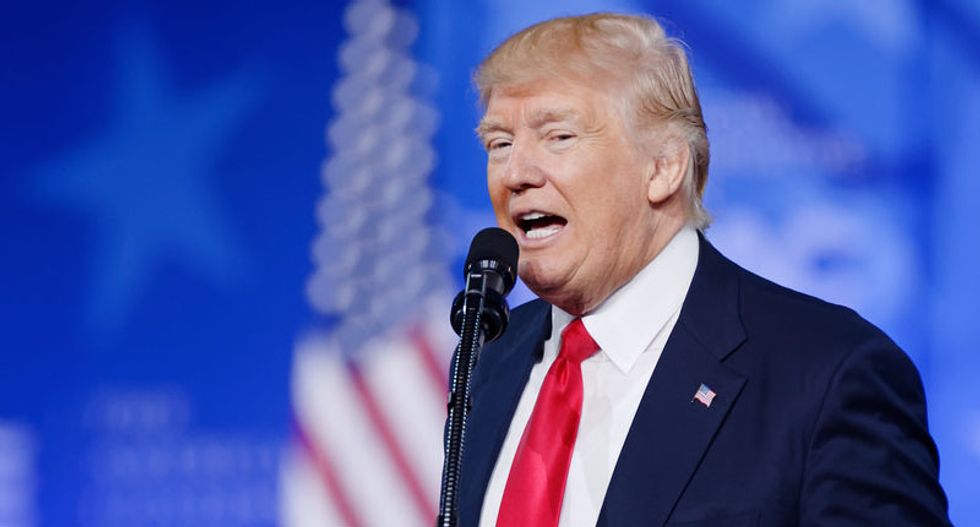 Deutsche Bank, the German bank that loaned $300 million to Donald Trump, was part of a global money laundering scheme (dubbed “the Global Laundromat”) led by Russian criminals, the Guardian reports.

Between 2010 and 2014, Deutsche Bank and dozens of financial institutions processed “at least $20 billion … in money of ‘criminal origin’ from Russia” by making fake loans to each other “underwritten by Russian businesses,” which would subsequently default on these debts. As the Guardian notes, courts would enforce judgments against the companies, effectively green lighting massive, legal transfers of funds to the Latvian bank Trasta Komercsbadka (TKB).

Deutsche Bank acted as a “correspondent bank” for TKB, offering services for the Latvian bank's “non-resident Russian clients,” allowing the money to transfer out of Latvia to banks throughout the world, the Guardian repots. The bank stopped offering correspondent services to TKB in 2015.

Maija Treija, Latvia’s deputy finance minister, told the Guardian the money that made its way through the TKB was “either stolen or with criminal origin.” and was used to get money from the former Soviet Union “into the EU financial system.”

Deutsche Bank’s connection to criminal money from Russia is further complicated by news that the German bank loaned about $300 million to Trump. A secret internal internal review by the bank looked at potential connections between multiple loans made to the president and those close to him with financial ties to the bank—including Ivanka Trump, Jared Kushner and Kushner’s mother, Seryl Stadtmauer.

Sources told the Guardian the review did not find ties between the Trump family and Russia, but the Deutsche Bank division responsible for lending to Trump is a part of the Global Laundromat scheme. Deutsche Bank refused to comment on its internal investigation.

Read the full report, via the Guardian.