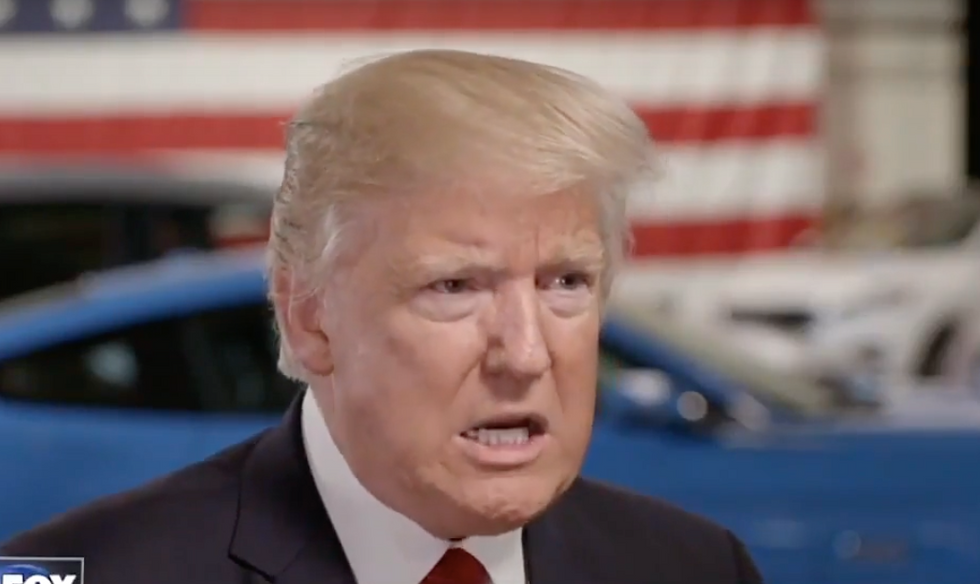 One of the biggest obstacles to a healthy U.S. economy continues to be student loan debt, which an increasing number of people are defaulting on. Millions of people had not made a payment on $137 billion in federal student loans for at least nine months in 2016. That’s a 14 percent increase in defaults from the previous year.

So what was Trump’s response to the the already grotesque $1.2 trillion problem? He threw out what little protection borrowers had against shady debt collectors.

Around 8 million people are currently defaulting on their student loan debt. Just under half of those people took out loans through the discontinued Federal Family Education Loan Program. The program insured and subsidized loans from private lenders.

When students defaulted on FFEL loans, collectors on insanely high fees that made it even more difficult to pay them off. The Obama Administration intervened on the matter when the circuit court of appeals asked for guidance on a lawsuit against debt collection agency USA Funds.

Bryana Bible sued USA Funds after being charged $4,500 in collection costs on a loan she defaulted on in 2012. Even though Bible had signed a “rehabilitation agreement” with the company to set a reduced payment schedule, they still added exorbitant fees.

Obama issued a memo in response to the case that barred agencies from charging fees for up to 16 percent of the principal and accrued interest owed on the loans if the borrower entered the government’s loan rehabilitation program within 60 days of default. It’s a relatively small protection, but it positively impacted 7 million borrowers who currently owe a total of $162 billion in FFEL loans.

Trump, who claims he wants to Make America Great but isn’t really interested in protecting the little guy, just withdrew Obama’s memo and told collectors that they’re free to go back to screwing over struggling Americans with fees.

Trump’s letter withdrawing Obama’s directive says, “The department will not require compliance with the interpretations set forth” in the previous memo “without providing prior notice and an opportunity for public comment on the issues.”

You might think this doesn’t make sense. If people don’t have the means to pay back their loans, what’s the point of charging them additional fees? Well, student loan debt is the only type of debt that you can never get rid of, even if you file for bankruptcy. It’s like the herpes of debt burdens - a lot of people have it and it can be difficult to keep it under control. The only difference is that Trump doesn’t have any student loan debt.

As a result, debt collectors can garnish your wages the second you start making money. Collectors get their cash no matter what, and the more you owe in fees, the more they profit.

And just to add insult to injury, Trump’s dick move happened the same week as a report that was issued by the Consumer Federation of America showing that millions of people had not made a payment on $137 billion in federal student loans for at least nine months in 2016.

Crippling student loan debt doesn’t just affect those who took out loans to get an education. It harms all of us because we can’t have a healthy economy without a strong middle class to stimulate it. It’s a little hard to go out there and spend your money on a home, car, or goods and services if your wages are being garnished to make debt collectors rich.

But there is a huge lesson to learn here: Trump ran a campaign that tapped into the emotions of Americans and their justified rage toward a system they felt had left them behind. We’re swimming in debt, coping with stagnant wages and struggling to afford an unbelievably pricey housing market.

But all Trump ever did was inarticulately exploit anger over those issues without ever providing detailed policy proposals. He claimed to be anti-establishment when he himself has profited from a corrupt political system. How are you going to tell me a dude who can afford a $100 million pad in New York has any interest in changing a system that allows him to avoid paying his fair share in taxes?

We consistently allow politicians to get away with playing identity politics rather than demanding evidence of what they’re going to do and how they’re going to do it. Trump just embroidered a simplistic slogan on red hats and talked shit, while all Hillary did was talk shit about Trump’s shit talking.

Safe to say that Americans deserve more than that. But we’ll never get politicians who deliver if we get distracted by the polls, horserace, drama, and complete nonsense that dominated the 2016 election.