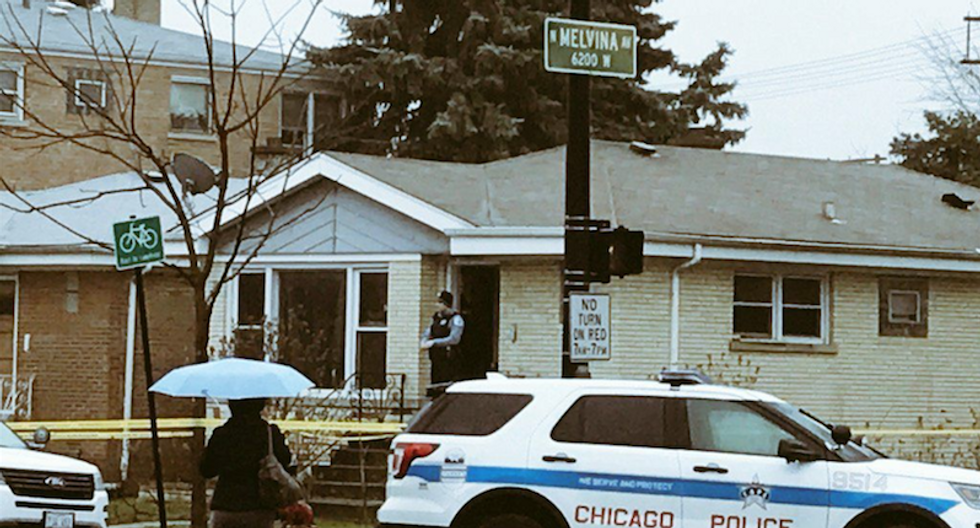 Felix Torres, a Chicago man, was shot by an Immigration and Customs Enforcement (ICE) agent on Monday morning at around 6:00 a.m. local time. Officials alleged in a statement that ICE was at Torres' home in attempt to make an arrest when someone pointed a weapon at agents, leading to the shooting, according to NBC Chicago.

Family members who spoke with the outlet said Torres was unarmed, his daughter, Carmen, explaining that no one was told why agents were at their home. Chicago's People's Response Team, an activist organization dedicated to "supporting efforts to end police violence in Chicago" noted that there were at least eight family members in the home at the time of the raid.

The group noted in a Facebook post that "no members of the family are undocumented, and the family has lived in the home for at least 30 years," according to Torres' daughter Carmen.

She said, "They didn't say anything. They just came in and pointed pistols in our faces and dragged us out," DNA Info reported. "It's a lie when they say he was holding a gun. He doesn't even own a gun," she said. "They shot my dad. They shot him, and I don't know why."

According to DNA Info, ICE officials said they were not at the residence to arrest Torres. Alderman Gilbert Villegas, a city official said, "We're going to have to talk to CPD [Chicago Police] to find out if this was a coordinated effort, because if it was in any way, that raises concerns about us as a sanctuary city."

Chicago Mayor Rahm Emanuel has defended Chicago's status as a "sanctuary city;" however, ICE can still conduct raids, and the Chicago Police Department can both communicate and collaborate with ICE officials.

Torres was taken to a nearby hospital on Monday where his condition was listed as critical. The shooting is being investigated.