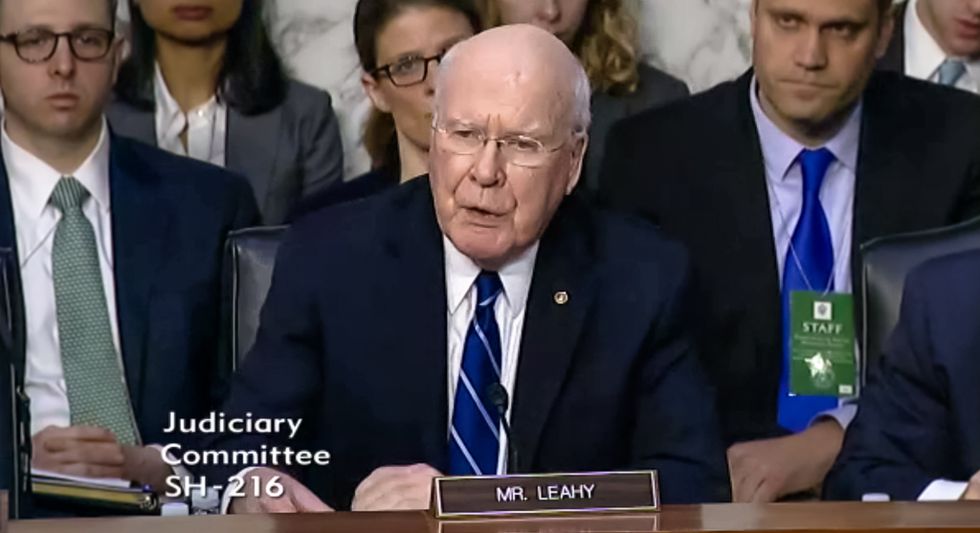 At a Monday confirmation hearing for Neil Gorsuch, President Donald Trump's Supreme Court nominee, Leahy accused Republicans of engaging in a scheme to "unpack" the court by blocking Obama's nominee with nearly a year left in his term.

"The Republican majority leader declared that the Senate would not provide any process to any nominee selected by President Obama despite the president having nearly a year left in his term," Leahy said. "This was an extraordinary blockade. It was totally unprecedented in our country's whole history. Some liken it to the action of the tyrannical kings who claim that they have sole control."

Leahy noted that the "blockade" of Garland was backed by then-candidate Donald Trump.

"Committee Republicans went behind closed doors and declared that they would surrender the independence of this committee to do the majority leader's bidding and they ignored the Constitution in the process," the Vermont Democrat continued. "In fact, this unprecedented obstructions is one of the greatest stains on the 200 year history of this committee."

Watch Leahy's entire statement in the video below.