WATCH: Adam Schiff masterfully connects the dots between Trump and Russia -- and it's damning 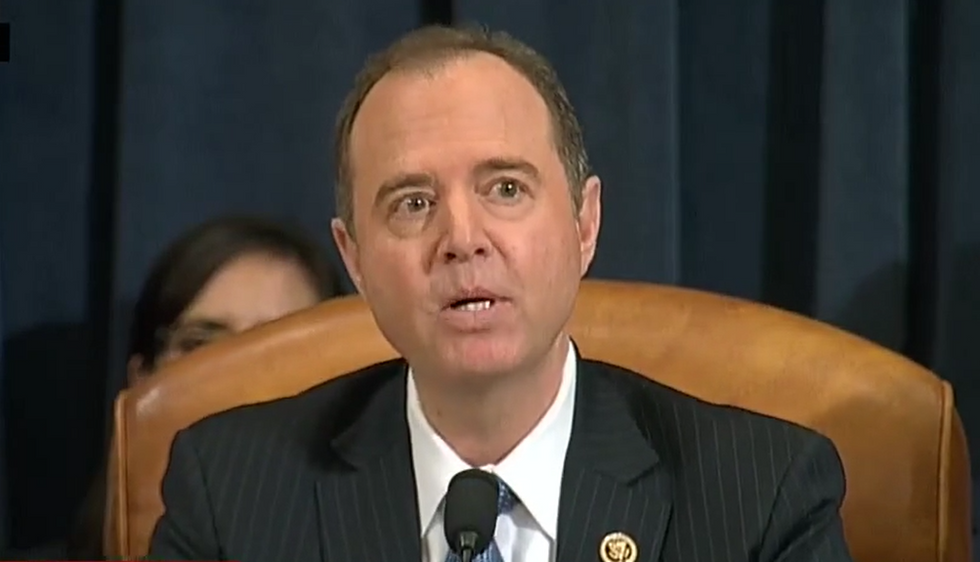 Rep. Adam Schiff (D-CA) gave a lengthy statement Monday during the House Intelligence Committee's hearing on Russian interference in the 2016 election in which he expertly connected the dots between Trump's campaign and Russia.

In his statement, Schiff went through a timeline of events that linked Trump campaign officials such as former National Security Adviser Mike Flynn and former campaign manager Paul Manafort to Russian government officials.

Furthermore, Schiff showed how members of the Trump campaign lobbied to change the Republican Party's platform to delete a section that endorsed sending weapons to Ukraine -- a change that was highly beneficial to the Russian government.

"The Republican Party delegate who offered the language in support of providing defensive weapons to Ukraine states that it was removed at the insistence of the Trump campaign," Schiff explained.

Schiff concluded by saying that all of these contacts with Russian officials could be a coincidence -- but he said that there's enough smoke to demand a thorough investigation.

"Is it possible that all of these events and reports are completely unrelated, and nothing more than an entirely unhappy coincidence? Yes, it is possible," he said. "But it is also possible, maybe more than possible, that they are not coincidental, not disconnected and not unrelated, and that the Russians used the same techniques to corrupt U.S. persons that they have employed in Europe and elsewhere. We simply don’t know, not yet, and we owe it to the country to find out."