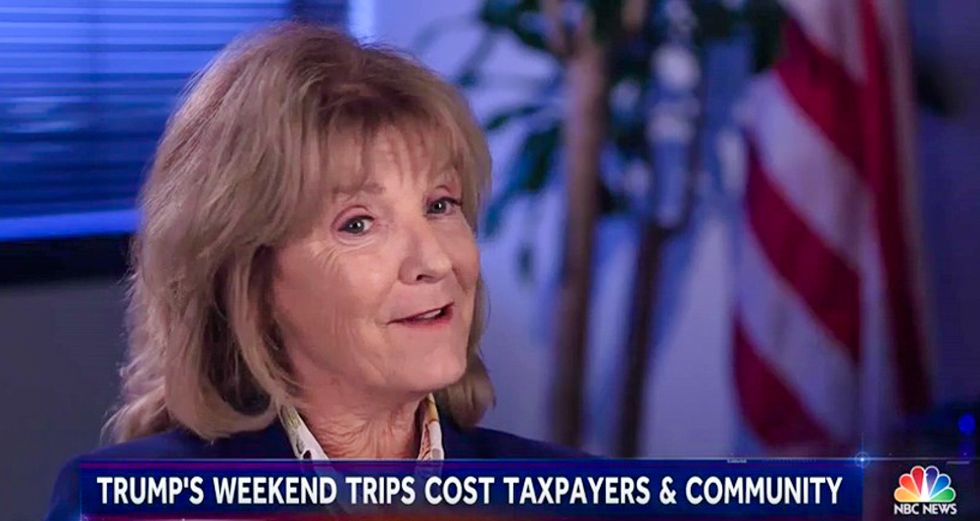 Residents and business owners in West Palm Beach complained over the weekend that President Donald Trump's frequent trips to his Mar-a-Lago resort are making their lives miserable.

NBC News reported that Trump's weekend visits were not only expensive for the taxpayers, but the safety measures implemented by the Secret Service are also costing local business owners big.

"We're basically going broke," a spokesperson for Southern Helicopter told NBC News. "We were not expecting him to come down almost every weekend."

Jonathan Miller, the president of Stellar Aviation Group, worried that his business would go under if Trump continued to make Mar-a-Lago his weekend destination. Miller estimated that he is losing $30,000 each weekend because of Trump.

Additionally, the taxpayers of Palm Beach County are already on the hook for $1.7 million in extra security, and the White House has so far ignored requests to reimburse the county.

Watch the video below from NBC News, broadcast March 5, 2017.