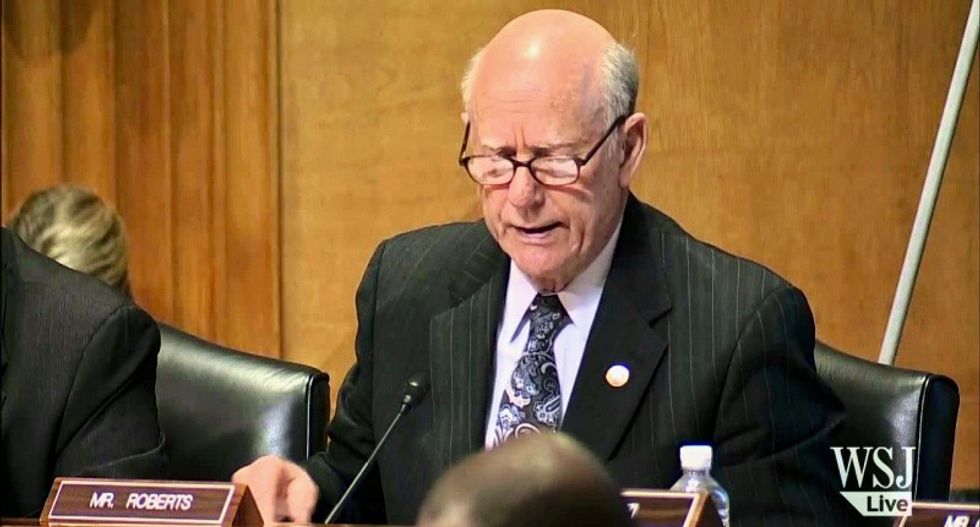 Sen. Pat Roberts (R-KS) has issued a hasty apology after he made a joke that made light of women potentially losing mammogram coverage as part of Republicans' proposed health care legislation.

The trouble for Roberts started when Talking Points Memo reporter Alice Ollstein asked him on Thursday whether he was concerned about the Republican bill potentially cutting out Essential Health Benefits regulations that force insurers to offer coverage for basics such as emergency room visits, prescription drugs, and preventative services, including mammograms and colonoscopies.

"I wouldn't want to lose my mammograms," Roberts replied sarcastically, with the inference being that he wasn't worried about losing a benefit that he personally would never use.

After Roberts's remark caused a quick firestorm, he issued an apology via Twitter in which he expressed regret for making light of an essential service for women's health care.

"I deeply regret my comments on a very important topic," Roberts said. "Mammograms are essential to women's health and I never intended to indicate otherwise."

Roberts' apology wasn't fast enough to stop angry Twitter users from spouting off against his insensitivity. Some of the top reactions follow below.

@SenPatRoberts You regret getting caught. No one says that by accident. You're not worthy of the honor of representing US citizens.
— Racheline Maltese (@Racheline Maltese) 1490292298.0

Mocking mammograms? I got a mammogram 7 years ago, after a planned parenthood visit, that led to a lumpectomy. Don't mock what saved me.
— Jill Terlaak (@Jill Terlaak) 1490292554.0