White House goes ballistic over Sally Yates rumors: We 'would not stop her' from testifying 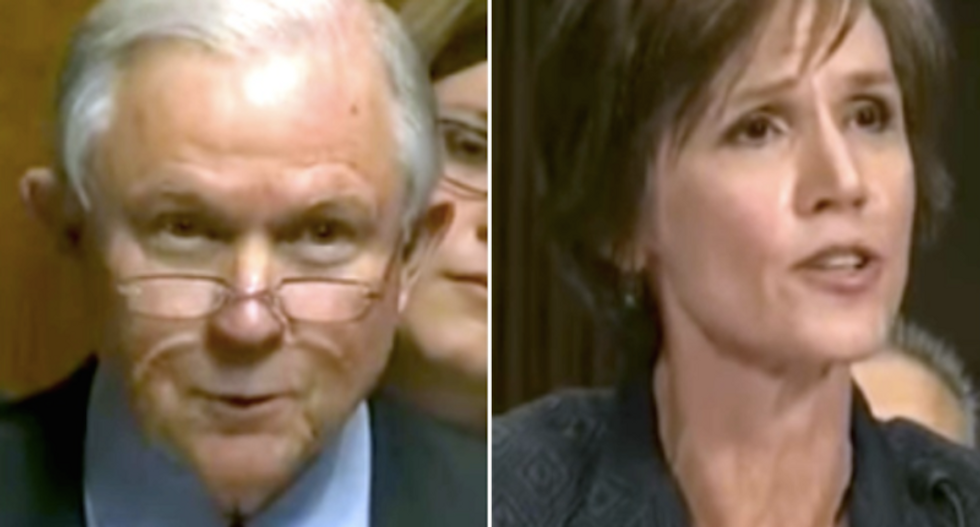 The White House insisted on Tuesday that it did not prevent former acting attorney general Sally Yates from testifying before the House Intelligence Committee.

The Washington Post reported that the Trump administration threatened to use its executive privilege to stop Yates from providing testimony for the investigation into Russia's interference in the U.S. election. Reports said that she had information that could contradict the White House's official story about the firing of former National Security Adviser Michael Flynn.

In a statement on Tuesday, the White House denied that it had prevented Yates' testimony.

"The Washington Post story is entirely false," the statement insisted. "The White House has taken no action to prevent Sally Yates from testifying and the Department of Justice specifically told her that it would not stop her and to suggest otherwise is completely irresponsible."

It was not immediately clear from the statement if the White House had threatened to take action to stop her from testifying.