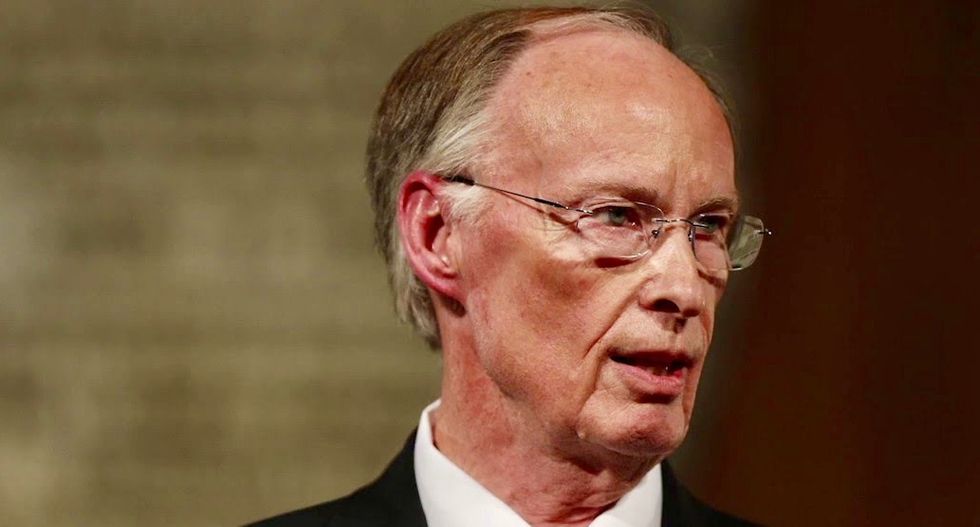 Republican Alabama Gov. Robert Bentley on Friday held a news conference in which he refused calls to resign from his office, even though his administration has been rocked by constant scandals related to his lying about an affair he had with a longtime aide.

During his press conference, Bentley said he wouldn't step down, even though he expected his opponents to release more damaging information about his personal life.

"The people of this state have never asked to be told of or shown the intimate and embarrassing details of my personal life," he said. "Those who are taking pleasure in humiliating and shaming me, shaming my family, shaming my friends, well, I really don't understand why they would do that. It may be out of vengeance, it may be out of jealousy, it may be out of anger... But I would ask them to please stop now."

Bentley then explained that the citizens of Alabama should not worry about his past mistakes because he got help in fixing them from a higher power.

As Alabama.com notes, Bentley last year was caught on tape making lewd comments to Rebekah Mason, a longtime aide with whom he'd had an affair.

"In the tape, Bentley is heard discussing touching Mason's breasts and kissing her while warning her they will have to be careful while in his office," the publication explains.

Later, additional leaked audio revealed that Bentley repeatedly lied about his affair to his Alabama lawmakers, as he insisted that the casino gambling industry was behind the rumors about his extramarital activities because they wanted to block his tax proposals.

Watch the video of Bentley's press conference below.