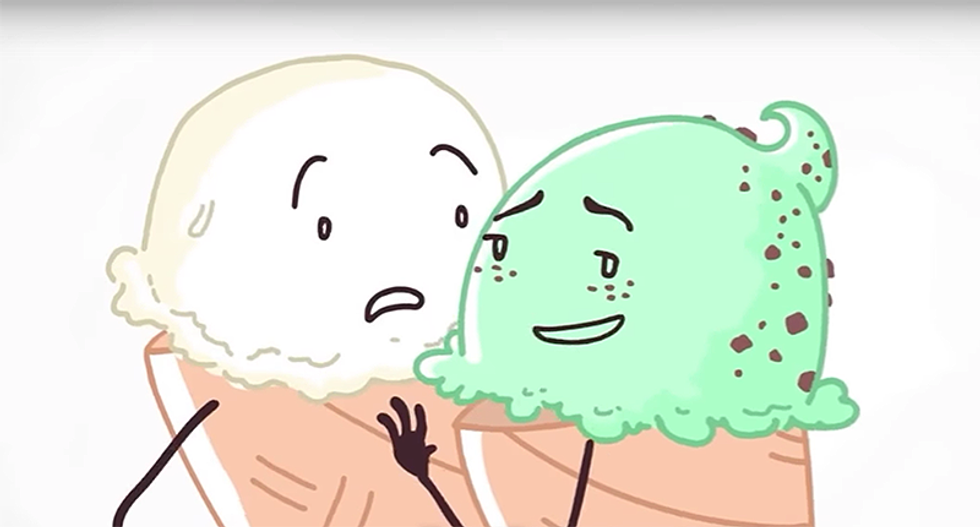 A new video from Bill Nye's Netflix series uses a clever cartoon with ice cream to illustrate the absurdity of conversion therapy.

It begins with several flavors of ice cream arriving at an "Ice Cream Conversion Therapy" support group meeting. A vanilla ice cream cone has instigated the meeting to claim vanilla is "the one true flavor." When salted caramel tells vanilla that his theories have no basis in scientific fact, vanilla suggests "It's the science of feelings." He explains that because he "feels" he is the "most natural of the ice creams" that the rest of the flavors should also become vanilla.

"What if the big ice cream cone in the sky is chocolate?" she demands to know.

Vanilla calls it blasphemy, saying everyone should want to be vanilla like him.

"Everyone should pretend to be vanilla until they no longer have the urge not to be vanilla," he explained. When mint-chocolate-chip explains that she celebrates being two things at once, vanilla seemed to begin a mini-meltdown.

It seemed to be a major conflict was underway until mint-chocolate-chip tempts him into something new.

"Haven't you ever wanted to be in a Neapolitan?" she asks.