CNN guest lays epic mic drop on Wall Street lackey: 'This is a tax break for the wealthy... for Donald Trump' 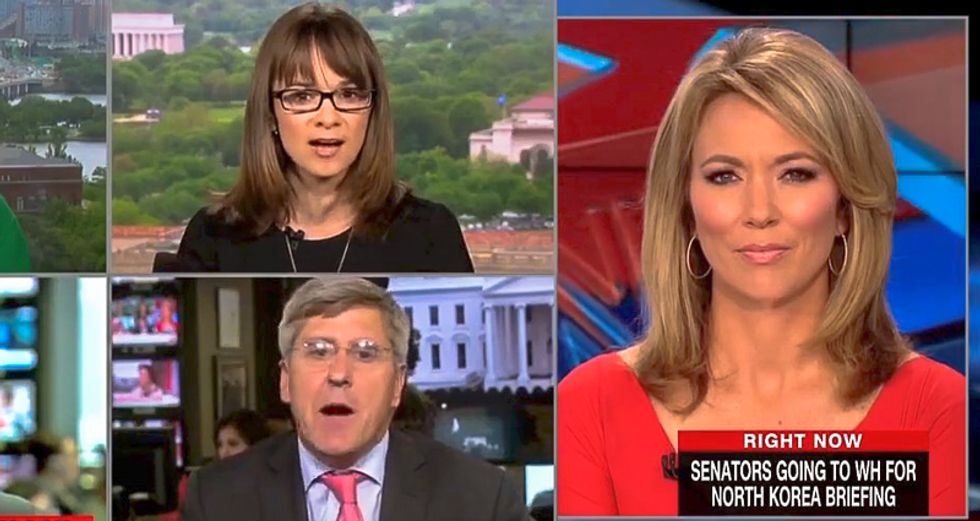 "The 15 percent business tax cut is really the heart and soul of this plan," Moore explained during a CNN panel discussion. "We can't go forward in the world with the highest tax rate in the world. It's just a simple truism."

Goldstein, who is a former Wall Street employee (as is Moore), disagreed.

"It's not accurate to say the United States has the highest tax rates in the world," Goldstein explained. "Americans for Tax Fairness pointed out that only one dollar for every nine dollars in tax revenue is currently coming from corporations because they have so many methods of dodging taxes, shifting them overseas."

Goldstein continued: "I think this tax plan is a huge giveaway to corporate America. It's not going to put more money in the pockets of American workers. What it's going to do is it's going to enable giant corporations to do more mergers, to get even bigger, to extend their concentration of power, and it's going to enable them to pour more money back into their already-wealthy shareholders pockets."

Reflecting on the "small amount of details" provided by the Trump administration, Goldstein concluded that the tax plan is "a really bad deal for hardworking American workers."

Moore, alluding to the theory of trickle-down economics, promised that businesses would pass their tax savings down to lower-income Americans by hiring more workers and raising wages.

Moore also pointed to statistics from the Congressional Budget Office to claim that "70 percent of the benefit from a business tax cut go to worker, not the owners of the business."

"Small businesses are already able to take advantage of lower tax rates," she added. "This is a plan that's going to help large corporations. This betrays the campaign promise, this betrays the promise that Steven Mnuchin made that there would be no absolute tax break for the wealthy."

Goldstein pointed out that the tax bill was only one way Republicans were trying to change the laws to help big corporations.

"Right now, House Republicans are talking about in committee a bill that would tear up the Wall Street reforms from the last crisis," she said. "We're talking about slashing taxes for big banks. We're talking about tearing up Dodd-Frank [regulations]. Both of those things are a disaster for the ordinary American worker."