David Frum on military escalation: 'If it were good foreign policy, Donald Trump would not be doing it' 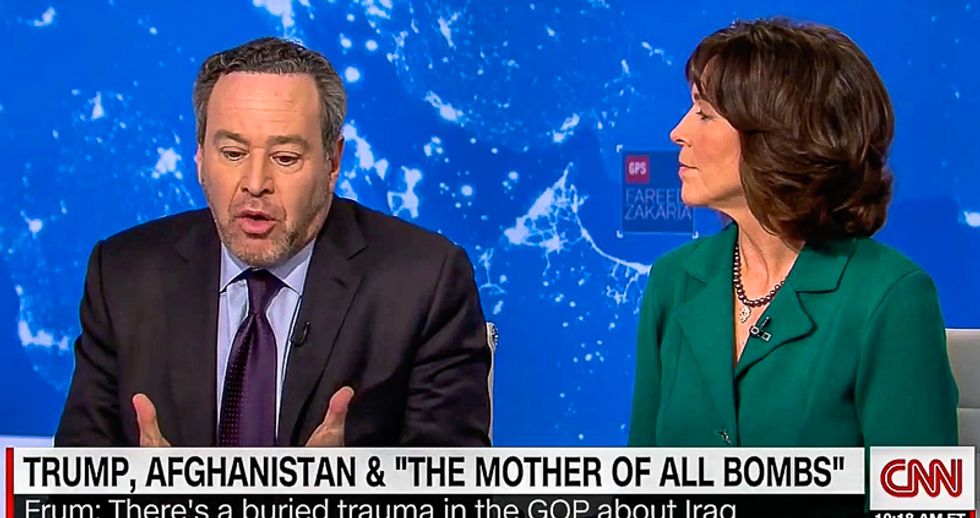 Following the U.S. military's use of the so-called "Mother of All Bombs" in Afghanistan, Zakaria and his panel of experts questioned whether it was the right message to send to the world.

David Frum, a former speechwriter for President George W. Bush, argued that Trump won the Republican nomination for president because he promised to "fight and win wars."

"But now he's embarked again on one of these open-ended conflicts," Frum said. "There's no plan that one can see. How does he even psychologically cope with the commitment that's undertaking on behalf of us all?"

Frum also said that it was a mistake to reflexively support Trump's missile strikes in Syria.

"I think a good rule of thumb is, if it were good foreign policy, Donald Trump would not be doing it," Frum insisted.

"Could he do anything that could change your mind?" Zakaria asked.

Zakaria observed that there are two sides of the Trump administration: "There is the freak show that is Donald Trump. But then there are people like [Secretary of Defense James Mattis], [Secretary of State Rex Tillerson], and [chief economic advisor Gary Cohn]. These are serious people."

"What's going to happen?" the CNN host wondered. "Will the freak show win or will the grownups win?"