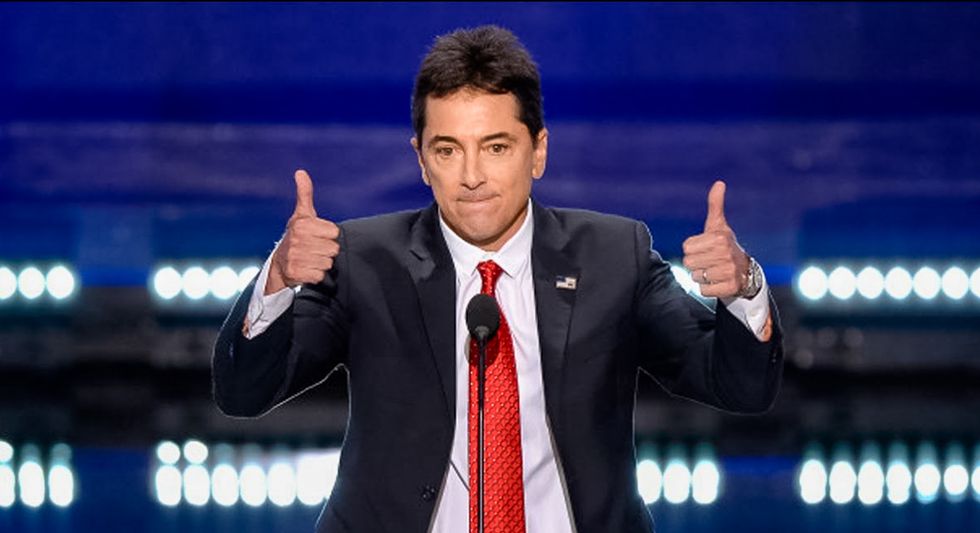 Scott Baio's wife has been making apologetic phone calls on behalf of her husband after his assumption that his former co-star Erin Moran died due to drug and alcohol abuse. Moran actually died from complications due to her cancer. Now Moran's brother Tony is fighting back, calling Baio out on Twitter.

TMZ reported Tony calling Baio out as a 'coward' and a "piece of sh*t" and attacking the size of Baio's manhood. He was furious Baio's wife was the one who contacted him to apologize for her husband and not Baio himself. Even Moran's cousin Roy went off on Baio, calling him a "d*ck head."

Baio made the accusations in an interview Monday.

“My thing is, I feel bad because her whole life, she was troubled, could never find what made her happy and content. For me, you do drugs or drink, you’re gonna die,” he told The Bernie & Sid radio show. Baio was speculating and didn’t have any evidence about Moran’s cause of death.

Once Baio found out Moran died from cancer, instead of apologizing, he doubled down in a long Facebook post arguing he was misinformed and his actions shouldn't be considered criticism. He swore that he wasn't suggesting she died due to a drug overdose, rather the argument that if she had it would have been horrible.

He then went on to blame political liberals and the media because he's become a target after supporting Donald Trump for president.

“I'm sure they're attacking me because I'm a conservative. These people never attack the press for getting the story wrong about heroin. They attack me,” said Baio.

Moran's brother attacked Baio first by alluding to their previous relationship and that Moran dumped him because he was like "a lil girl."

“A special shout out to Scott Baio. I already went on Twitter about you," Mr. Moran wrote. "I hope it finds you. You and my lil sis had a very very brief fling. She dumped you. 2 reasons. 1. She told me that you were more like a lil girl and not a man. 2. She told me that you were tiny. Ya know. Barely a man in the man region. True story! Scott, I'd advise you to get on your knees and pray you never run into me.”

When Baio's wife reached out to him, Mr. Moran went off.

“Well guys. Guess what? I was contacted by Scott Baio's wife," Moran wrote. "His wife! F*cking coward! I've never met her. I do know the scumbag piece of sh*t Scott Baio tho. He was a piece of sh*t back then and still is. He had his wife contact me! Very apologetic and sh*t. Doesn't surprise me. It's too late you motherf*cking pieces of sh*t! Go back under the rock you crawled out from under. There isn't one word I want to hear you speak. Makes me sick to my stomach.”