Ex-national security director: Mike Flynn 'is subject to a felony' and 'up to five years in prison' 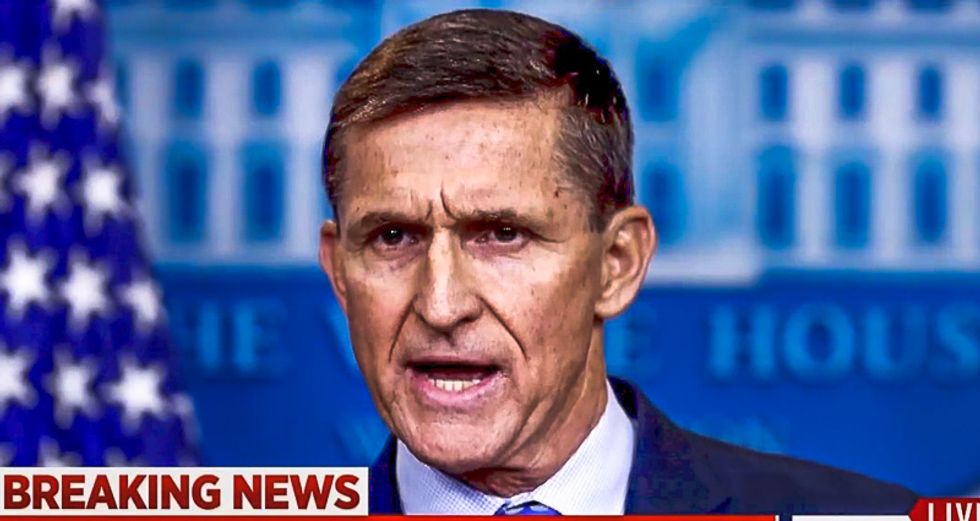 According to documents released this week by the House Oversight Committee's ranking Democratic member, Flynn was advised by the Pentagon in 2014 that he was barred from accepting cash from foreign governments. It was later revealed that Flynn had accepted money for a speaking engagement in Russia on behalf of the Kremlin-back RT network. He also did lobbying work on behalf of Turkey.

"What the White House could produce is the information that Mike Flynn copped to or, as the case may, be did not admit to when he was submitting his paperwork to be national security adviser. It's a very simple question. Did Mike Flynn admit on that paperwork that he accepted money from the Russian government?"

Price added: "If not, was it willful? And if that's the case, it's sounds like he is subject to a felony. A felony that I as I understand it could land him up to five years in prison."

According to Price, the more troubling aspect is why did the Trump transition team either miss or ignore Flynn's public appearance at the RT event with Russian President Vladimir Putin?

"Did they just assume that he was at this gala with Vladimir Putin out of some sort of ideological affinity and did it out of the goodness of his own heart because he found common cause with Vladimir Putin and RT?" Price said. "That would be even more troubling than a simple matter of an oversight."