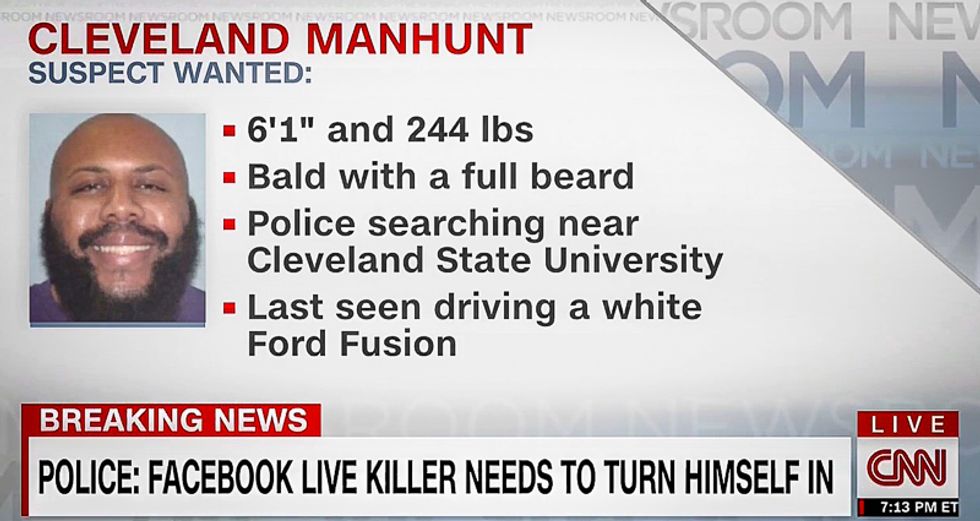 Anger flared on the Internet Sunday night after a CNN host seemed to blame video games for an alleged Sunday killing that was posted on Facebook,

Police in Cleveland on Monday were searching for 37-year-old Steve Stephens, who is accused of killing 74-year-old Robert Godwin Sr.

During a Sunday panel discussion on CNN, senior media correspondent Brian Stelter encouraged Facebook users not to watch a viral video of the killing.

"There is an element of this that makes it look like a video game because the thing about video games, they are first-person shooters," Stelter explained. "People, they're in a game, the controller is in front of them and they're firing."

"That is how a lot of young people experience weapons and guns, as video games," he added. "Unfortunately, a video like this, it has that same perspective. And yet, it is so real, the blood is so real. And I've seen people online comparing it to a video game."

Twitter users lashed out at Stelter over the comparison.

@PhillyD @CNN This is like movies you see people kill each other This is like books you read about people killing e… https://t.co/BVJGLFFfAU
— SaviorSix (@SaviorSix) 1492384881.0

However, others defended Stelter, arguing that he was speaking about the viral nature of the murderous video.