'Gone too late': Samantha Bee gives a 'eulogy' for Bill O'Reilly and Roger Ailes at 'Not the WHCD' 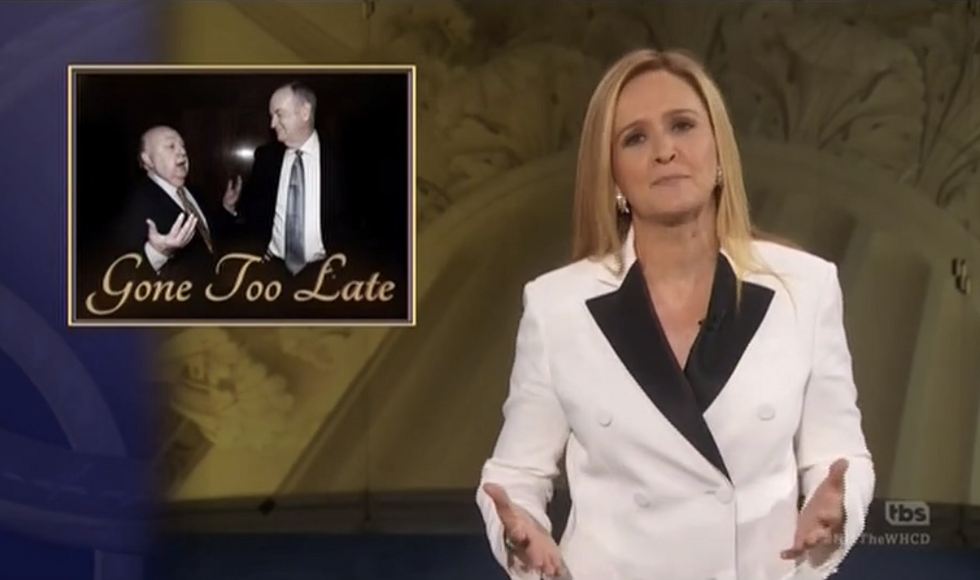 Samantha Bee In Memoriam for O'Reilly and Ailes (Screen capture)

On her "Not the White House Correspondents' Dinner" special on Saturday night, Samantha Bee gave a eulogy for Bill O'Reilly and Roger Ailes, "two media titans who were snatched -- I'm sorry --

taken from us far, far too late."

O'Reilly became the second Fox News personality in the last year, Bee said, to resign "amid a cloud of controversy, ball sweat and Axe Body Spray."

"Turns out it's bad business to have your flagship show hosted by 400 pounds of sexual harassment allegations in a 200 pound bag," Bee quipped. "He follows on the heels of priapic propagandist Roger Ailes."

"Fox's constant taunts about liberal bias made news outlets so anxious and defensive, they spend as much time examining themselves as a body dysmorphic teenager asking, 'Oh, my god, does this story make me look liberal?'" Bee said. "Rupert Murdoch altered our entire media landscape --

hauling the national conversation rightwards and downwards like a dingo with a baby in its teeth."

No matter how many of its sexist stars Fox News sheds, Bee said, it will always have an enthusiastic fan in President Donald Trump who has tweeted more about "Fox and Friends" since he got elected than he has about his daughter Tiffany in the entire 8-plus years he's been on Twitter.

‘Gone too late’: Samantha Bee gives eulogy for... by sarahburris