'He has boxed himself in': CNN panel says Trump's tough Syria talk may force him to go to war 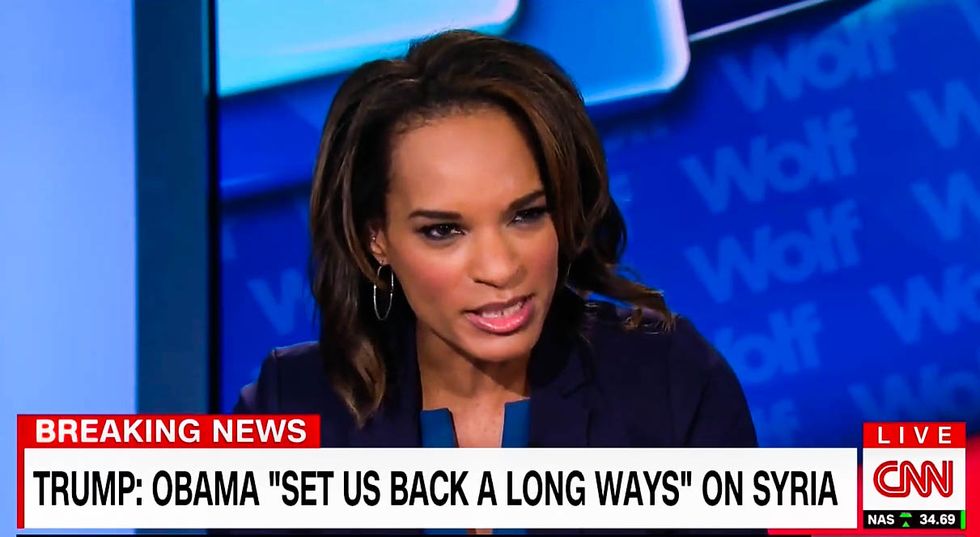 President Donald Trump on Wednesday said that his thinking on Syria had changed in the wake of the horrific chemical weapons attack that was carried out by the regime of Bashar al-Assad -- in fact, Trump said Assad's decision to gas dozens of his own people crossed several lines, not just a single red one.

But beyond the tough talk, what does Trump plan to do about the situation in Syria?

On a CNN panel, political reporter Nia-Malika Henderson said that Trump's saber-rattling might come back to haunt him, as he might soon be forced to go to war in Syria.

"The question is, what is the new position?" she asked. "He criticized Obama for being weak in the statement he put out about Syria, he criticized him for being irresolute in doing nothing. So what does Trump do? What does it mean to be strong for Trump? We don't really know. In a lot of ways, you know, he has, I think, boxed himself in."

Henderson noted that Trump had a big "learning curve" when it came to learning about the Middle East, but she then said that "he's got this big crisis on his hands, and he's got to do something."

Robert Danin, a senior fellow at the Council of Foreign Relations, similarly said that Trump is now learning that "American interests in the region are much more expansive than he thought," and that he would not be able to achieve his goal of staying out of more Middle Eastern conflicts.