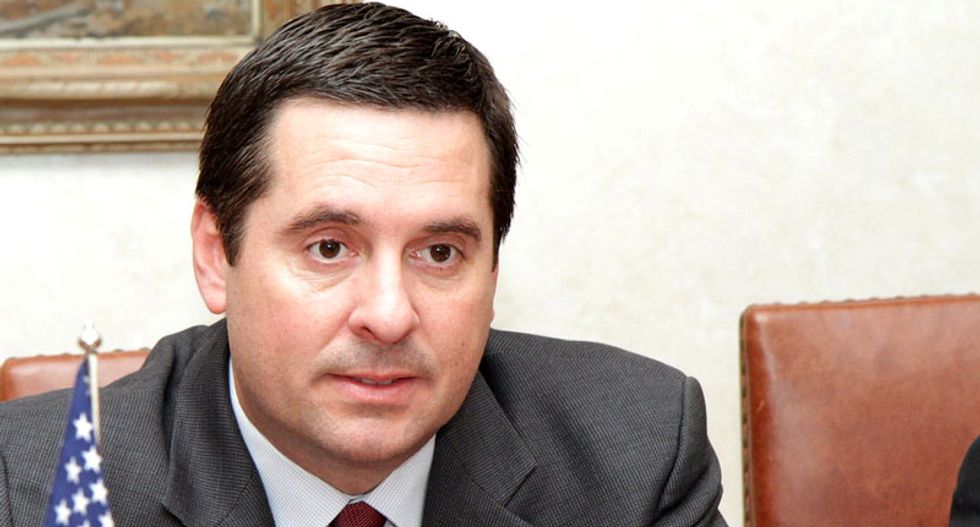 The House of Representatives' Ethics Committee has launched an investigation into Rep. Devin Nunes (R-CA) over his late-night trip to the White House to get an exclusive intelligence briefing from two members of the Trump administration.

Per The Daily Beast's Tim Mak, the House Ethics Committee announced that it will investigate whether Nunes, the chairman of the House Intelligence Committee disclosed classified information to the public without proper authorization.

As Mak notes, the committee has an equal number of Democrats and Republicans on it, and it also has subpoena power to compel Nunes to testify.

Nunes first got into hot water when it was revealed that he traveled to White House grounds late at night to receive information related to incidental surveillance of Trump administration officials that occurred in 2016.

Nunes was then slammed by members of the House Intelligence Committee for sharing this information with President Donald Trump without notifying them first.

In a statement issued on Thursday, Nunes blamed pressure from "left-wing activists" for his decision to at least temporarily step aside in leading the House's investigation into Russian interference in the 2016 election.