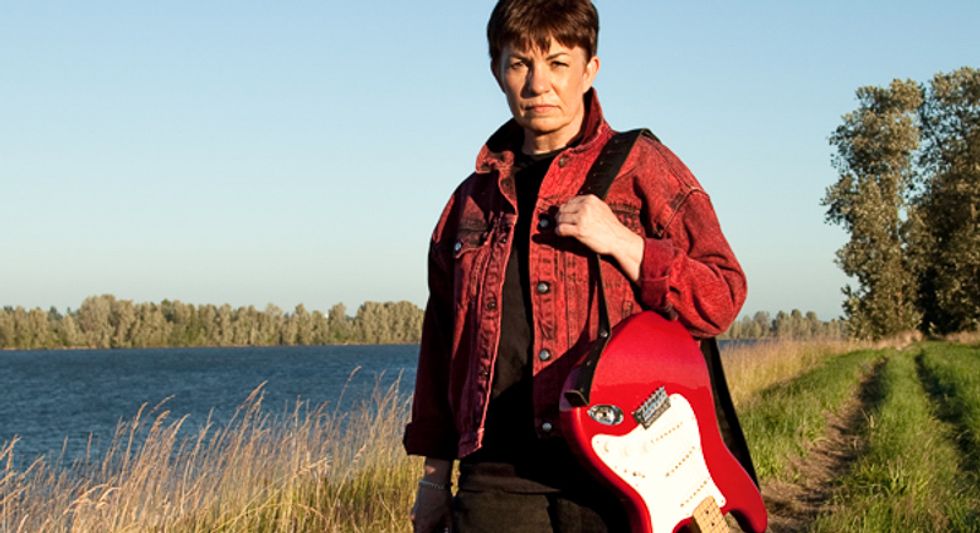 Musician and former FBI agent Susan L. Yasinski, who goes by the professional name Susan Surftone, revealed the downside of living as a lesbian in "Donald Trump's world" after three white men attacked her sexual orientation on a commercial flight.

In an op-ed for the Advocate, Surftone said that she learned the hard way that "Donald Trump has changed America in his first 100 days."

Surftone explained that during a recent flight from Los Angeles to Portland, three white men blocked her as she was attempting to deplane.

"I must say I was tempted to see if my FBI training, although a bit rusty, would have allowed me to inflict some damage on that arm," she recalled, deciding that restraint was the better option.

That's when she said the “dyke/lesbian” taunts began.

I haven’t heard those in decades, and maybe never in a place like a commercial plane. So I have these three white males in front of me calling me names. I answered, keeping it low-key and civil. Then I heard one of them say, “This is America.” What? When that is said to you it has an impact. What does that imply? This is America and I am lesser than you? I guess so.

"Donald Trump has changed us. In his America, white males can man-handle a woman who dares to step ahead of them. Public taunting of people deemed 'other' is fine, because this is America," Surftone wrote. "This is only the first 100 days of the Trump administration. In those first 100 days we see the same buffoon we saw on the campaign trail."

"He didn’t change as some hoped he would. But he’s changing us."