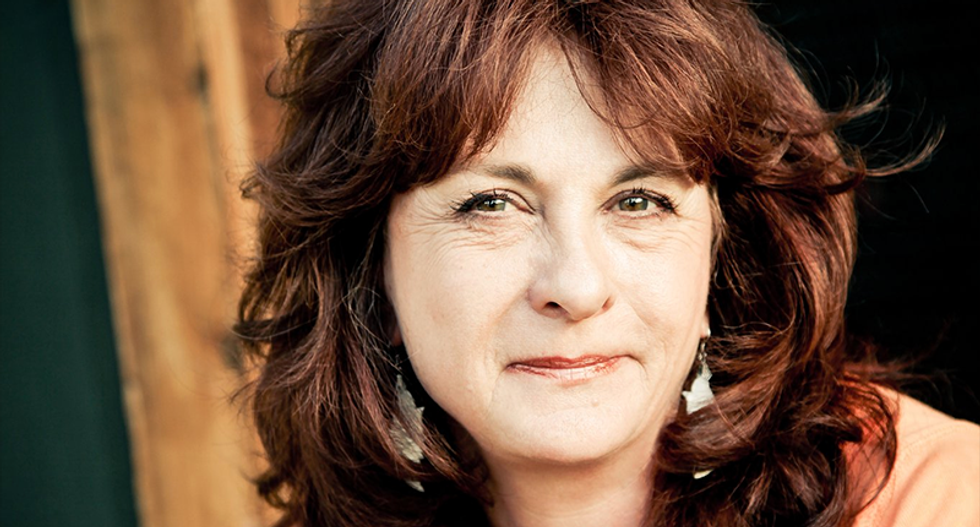 Karen Kipgen, Page Program Supervisor for the Oklahoma House of Representatives, sent out a Capitol-wide email warning members and their staff of "crossdressers in the building."

The Page Program is for high school sophomores, juniors and seniors seeking to serve in the House to help elected officials.

"As per the Speaker's office, Pages are being allowed access to the ladies restroom across from 401, for today. Again, there are cross-dressers in the building."

The state's LGBT organization Oklahomans for Equality, as well as Planned Parenthood and other HIV/AIDS advocacy groups, were visiting the Capitol as part of an education advocacy day. A bill was proposed by state Rep. Emily Virgin to update HIV/AIDS education to reflect scientifically accurate information, but the legislation failed during the House vote.

"Republicans in the Oklahoma Legislature have repeatedly shunned their constituents through discrimination," Virgin, a Democrat from Norman told Raw Story. "Just a few weeks ago, the Speaker refused to take action to allow Muslim students access to their Representatives. Today, he takes it a step further by reinforcing false, and dangerous, stereotypes to children."

"I'm with about 70 traumatized students right now," Toby Jenkins, Oklahoman's for Equality executive director, told Raw Story over the phone. He explained that they went to the House Speaker Charles McCall's office with questions about the email but that the Speaker refused to meet with them. He did tell them that the email did not come from the Speaker's office and that they're investigating whose office sent the email.

Jenkins said that they demanded an apology from McCall and they'd be leaving the Capitol at 1:00 p.m. The Speaker's office said that they wouldn't have an answer by that time.

When speaking to the Gayly Oklahoman, Jenkins said that the group has "several transgender and gender non-conforming kids" with them. "They've been visiting legislators and using the bathrooms they are comfortable with," he went on. "That's a term of derision and bigots, not the language that educated informed people use. That is insulting and shameful."

He told the students to continue using the bathroom they'd been using all day.

"These are public bathrooms, paid for by public tax dollars. We won't leave today without understanding this is the people's house," Jenkins said. "This is the kind of thing these kids deal with in the halls of school not the halls of the Capitol."

He said that at first they were hurt by it but that it empowered them and mobilized them. "I think in the long run it may make a bigger impact because they got exposed to the culture at the Capitol," Jenkins. He said that the state leads the country in the most anti-LGBT bills each year and this kind of legislative mean-spiritedness is indicative of the culture of cruelty at the Capital. "It's such a hostile culture to inclusion and diversity."

Jenkins said that some of the elected officials saw the kids coming and "literally ran" from them. "It's the pot calling the kettle black," he said referencing Oklahoma Republican state Rep. Ralph Shorty, who was caught with an underage boy. "They shouldn't be afraid of us. We should be afraid of them."

Oklahomans for Equality shared a video of the interaction:

Another Oklahoma Capitol staffer spoke to Raw Story on condition of anonymity to dispute the claim from the Speaker's office.

"All employees of the House serve at the pleasure of the Speaker," the staffer said. "It's the House's page program."

Raw Story also reached out to Ms. Kipgen for comment but calls to her office went to voicemail.

At the time of posting this, people were beginning to comment on Kipgen's facebook page on a meme she shared that read, "I don't care if you're black, white, straight, bisexual, gay, lesbian, rich or poor. If you're nice to me, I'll be nice to you. Simple as that. [sic]"

"So what is it those LGBT students did that wasn't nice to you?" one person asked in the comments.

"My daughter took pride in wearing a very nice, professional suit today to meet with everyone at the Capitol. Your words, reducing her down to a cross-dresser, are appalling. I demand you apologize to my kid," Lora Leonard Gambino posted on the meme.

Ms. Leonard Gambino told Raw Story over Facebook messanger that her daughter was insulted by the email Kipgen sent to employees at the Capitol.

"She has always been active in LGBT advocacy," Gambino said about why her daughter attened the visit. "She runs her school's gay straight alliance group and is active in another youth group."

Her proud mother talked about visitng colleges in Boston and her daughter's service on the Mayor's Youth Council. "She wants to major in political science and work in advicacy," she said.

"As a mom, I want to protect her," Gambino said. "But, she wants to make a difference. The fact that these people have not even met her is upsetting to me."

Kipgen has now deleted her Facebook page but we took a screencapture in the event this occurred. You can view a selection of the comments below. Click to make it larger.