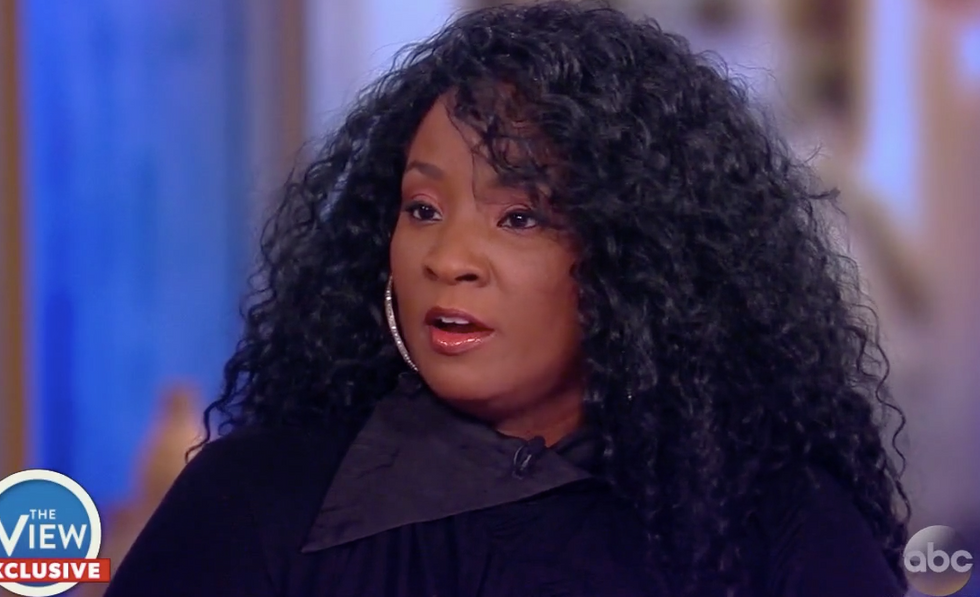 On Thursday's edition of "The View," the panel spoke with Perquita Burgess, the latest woman to come forward with accusations of sexual harassment at the hands of ousted Fox News star Bill O'Reilly.

Burgess told the panel that she came to Fox News through a temp agency and was working for a colleague of O'Reilly's. She said that O'Reilly didn't speak to her for weeks except to make sexualized grunting noises when he'd walk by her desk.

Then, the two shared an elevator, Burgess said, and as she got off the elevator ahead of O'Reilly, he said as she walked away, "Lookin' good, there, girl."

"And the hairs rose on the back of my neck because I knew the grunting and groaning was going on," Burgess said. "So after that I was on the defense."

"He would always come around my desk and leer at me, look me up and down," she said, "checking out my cleavage and making me uncomfortable. He had no reason to be near my desk at all."

"It was like street harassment in the office," Burgess said.

O'Reilly's infamous "hot chocolate" comment came, Burgess said, one afternoon when she returned to her desk from lunch. O'Reilly walked by, she recalled, and said, "Hey, hot chocolate."

"But he didn't look at me when he said it," she said. "I didn't respond. I was mortified because not only was it sexual, I took that as a very plantation-al remark."

When the panel asked how she felt when she learned that O'Reilly was fired, she said, "I felt triumphant. It was very cathartic."