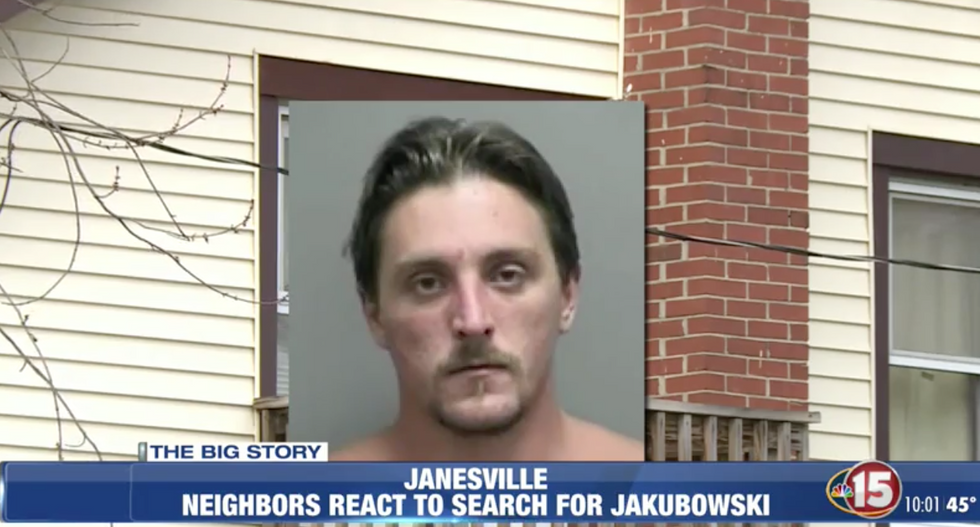 A manhunt is underway Friday for a Janesville, Wis. man police say stole a large quantity of guns, threatened schools and sent a 161-page manifesto to Donald Trump, WISN 12 reports.

32-year-old Joseph Jakubowski has "made threats to steal weapons and to use them against public officials or at an unspecified school,” the Rock County sheriff’s office said. Janesville police Chief David Moore said he should be considered “armed and dangerous.”

Police say the suspect robbed The Armageddon Gun Shop on Tuesday evening, stealing at least 16 high-end firearms. Chief Moore told reporters Jakubowski—who’s had previous run-ins with the law—frequently expresses anti-government rhetoric. Moore called that “a new element for all of us,"

Janesville is the hometown of Speaker of the House Paul Ryan (R-WI).

Watch the local news report below, via NBC 15: