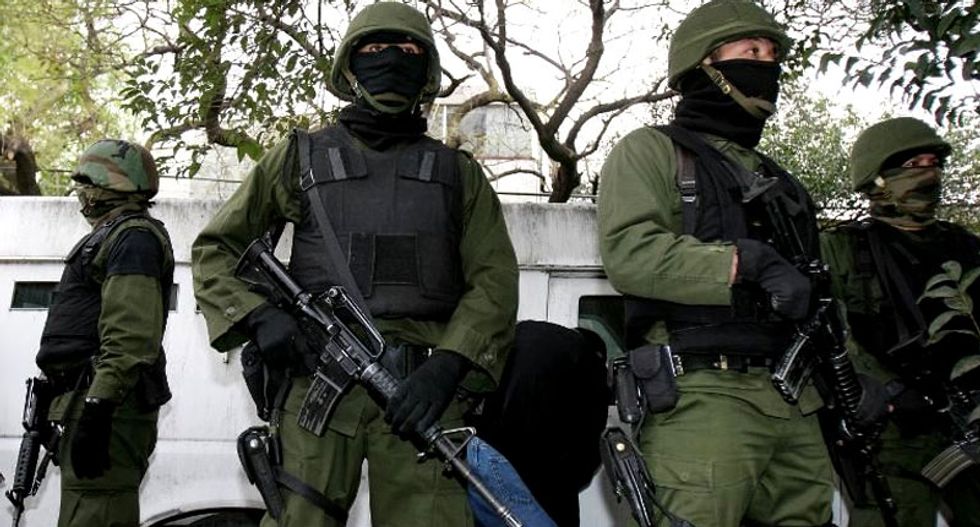 A former leader of the Beltran Leyva Mexican drug-trafficking cartel that bears his name was sentenced on Wednesday to life in a U.S. prison for participating in an international narcotics trafficking conspiracy, the Justice Department said.

Since the 1990s, the Beltran Leyva Organization, together with the Sinaloa Cartel, directed a drug transportation network that shipped tons of cocaine and methamphetamines into the United States, U.S. law enforcement officials said.

At its peak, the Beltran Leyva Organization dominated drug trafficking in western Mexico and was responsible for "countless murders," they said.

"Alfredo Beltran Leyva is one of the Goliaths of Mexican drug traffickers known for his savage business tactics and responsible for flooding the United States with illegal drugs," said James Hunt, special agent in charge, of the Drug Enforcement Administration.

Beltran Leyva was arrested by Mexican special forces in early 2008 in what his brothers Hector and Arturo reportedly believed to be a sell-out by the rival Sinaloa gang. Joaquin "El Chapo" Guzman, the Sinaloa gang's former leader, was extradited to the United States in January and is awaiting trial in a New York jail, after having escaped twice from Mexican custody.

U.S. prosecutors indicted Beltran Leyva in August 2012, while he was still in Mexican custody, on charges of conspiracy to distribute cocaine and methamphetamine for importation into the United States. He was extradited from Mexico in November 2014 and pleaded guilty to the charge on Feb. 23, 2016.

Arturo Beltran Leyva was killed in a December 2009 shootout with the Mexican army, while Hector, the cartel's boss, was captured by Mexican soldiers in October 2014.