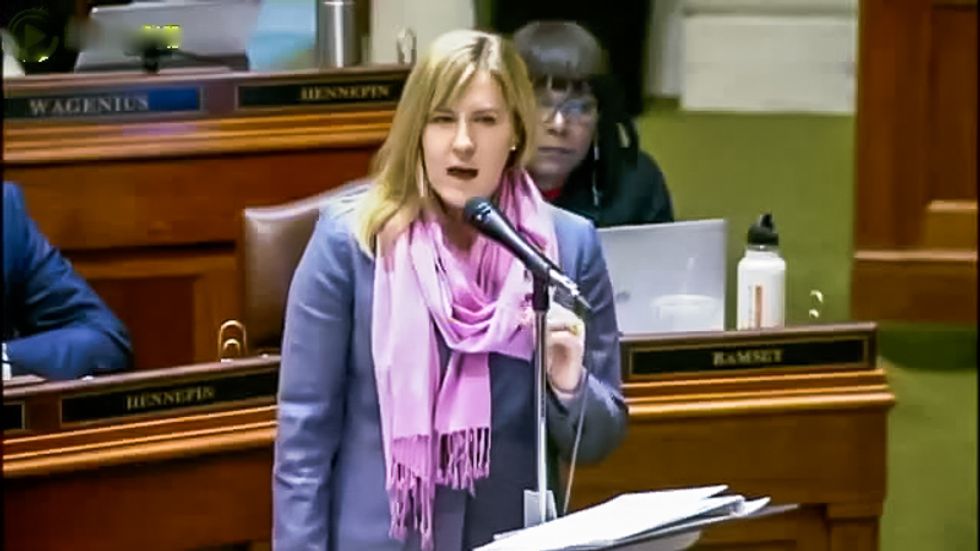 Minnesota lawmaker has refused to apologize after she called out her colleagues for playing a "100 percent white male card game in the retiring room" instead of doing their jobs.

According to The Uptake, the incident happened on Monday while the Minnesota House was debating a bill that would increase penalties for protesters who block roads, a tactic successfully used by Black Lives Matters.

DFL House Minority Leader Melissa Hortman noticed that many members had not been on the floor to hear Rep. Ilhan Omar's (DFL) speech comparing modern day protesters to the Civil Rights Movement of the 1960s. So Hortman used a procedure known as “call of the House” to force lawmakers to return to the chamber.

“I hate to break up the 100 percent white male card game in the retiring room, but I think this is an important debate," she said, exposing the activity of absent lawmakers.

Republican state Rep. Bob Dettmer objected: “I’m a white male. I respect everybody. But I really believe that the comments made by the Minority Leader were really not appropriate.”

“I have no intention of apologizing,” Hortman replied, adding that she was “really tired of watching women of color in particular being ignored. So I’m not sorry.”

Watch the video below from The Uptake.