MSNBC scrambles to slime United passenger: 'We're working hard to confirm he had run-ins with the law' 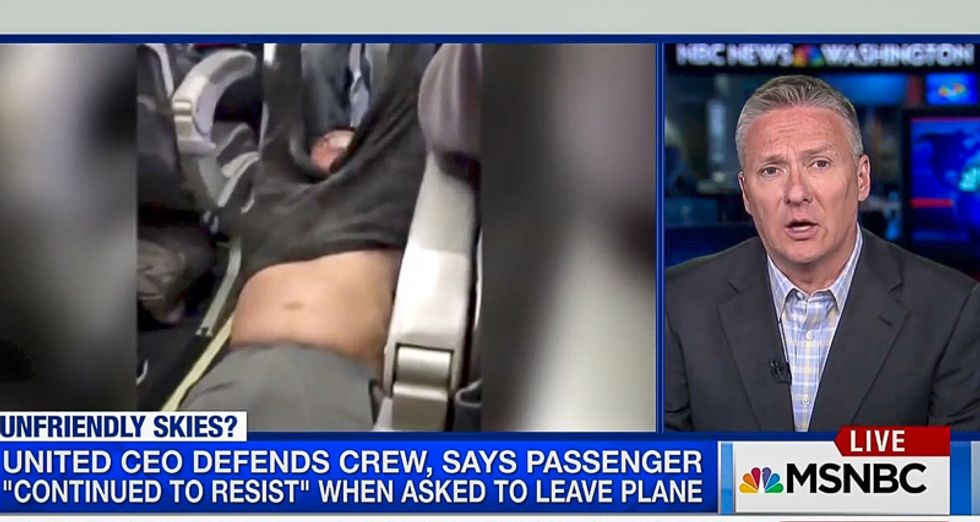 MSNBC said on Tuesday that it was "working hard to confirm" that a 69-year-old passenger who was dragged from a United Airlines flight had a "run-ins with the law," although it was not immediately clear why a criminal history would be relevant to the current case.

"We are now getting several tabloid reports which we are working hard to confirm," NBC's Tom Costello told MSNBC host Ali Velshi. "This man is in fact a 69-year-old doctor from Kentucky who himself has had run-ins with the law."

"We are working on that to verify that ourselves," he added. "But the story seems to grow more complicated by the hour."

Costello was likely referencing reports that 69-year-old Dr. David Dao, a Vietnamese immigrant, was convicted of drug related offenses over a decade ago.