'Nepotism is kind of a factor of life': Eric Trump tries to salvage some credit for his own success in family business 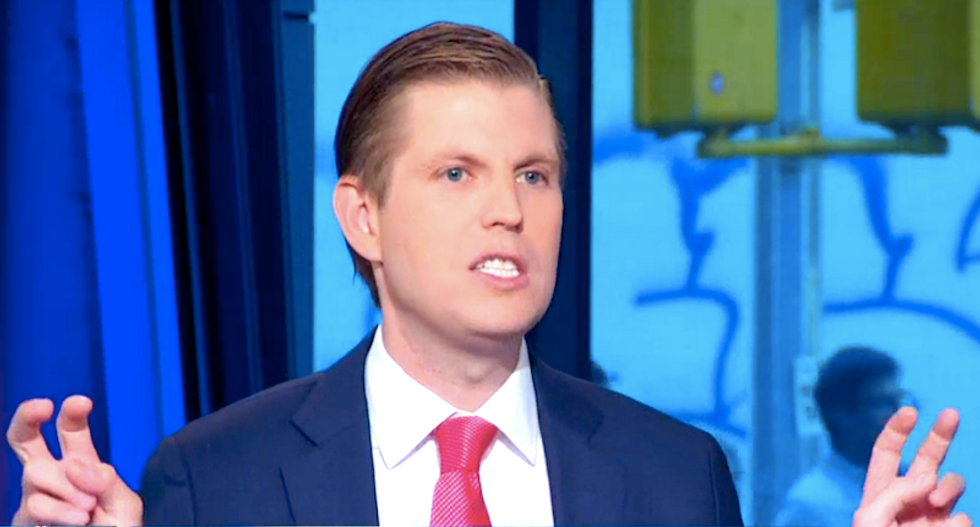 President Donald Trump's son Eric insists he was placed in control of his father's business because of his talent.

In a candid interview with Forbes, the younger Trump admitted that nepotism got him into a position in his father's business. But he says his father handed over management of the Trump Organization to himself and his brother Don Jr. because of their own successes.

He added: "You know the one thing, Don, Ivanka and I never let him down really in any factor of life. And I think it’s one of the reasons that we’re as innately close as we are.”

Trump's White House has been embroiled in accusations of nepotism. Trump appointed his son-in-law Jared Kushner as his senior advisor. His daughter Ivanka is also now a White House employee.

Critics say that violates a statute passed by Congress in 1967 in response to the appointment of Robert Kennedy to serve as the Attorney General in his brother's administration. "A public official may not appoint, employ, promote, advance, or advocate for appointment, employment, promotion, or advancement, in or to a civilian position in the agency in which he is serving or over which he exercises jurisdiction or control any individual who is a relative of the public official," the statute outlines.

The Justice Department claims that because Kushner and Ivanka aren't being paid and are serving in an advisory role that they are exempt.

"In choosing his personal staff, the President enjoys an unusual degree of freedom, which Congress found suitable to the demands of his office," wrote Daniel Koffsky, deputy assistant attorney general in the DOJ Office of Legal Counsel.

He claimed that anti-nepotism laws only cover appointments in an "executive agency" and there are other laws in place that give broad powers to the president to hire whomever he pleases.

As the law points out, "in or to a civilian position in the agency" does apply to the executive branch.

Ivanka Trump's position was made official last week, becoming an employee of the U.S. government. She will still remain unpaid in her employment, however. She said in a statement she would still be "subject to all of the same rules as other federal employees."