'Not the first and not the worst' attack: CNN panel skeptical Trump knows anything about Syria 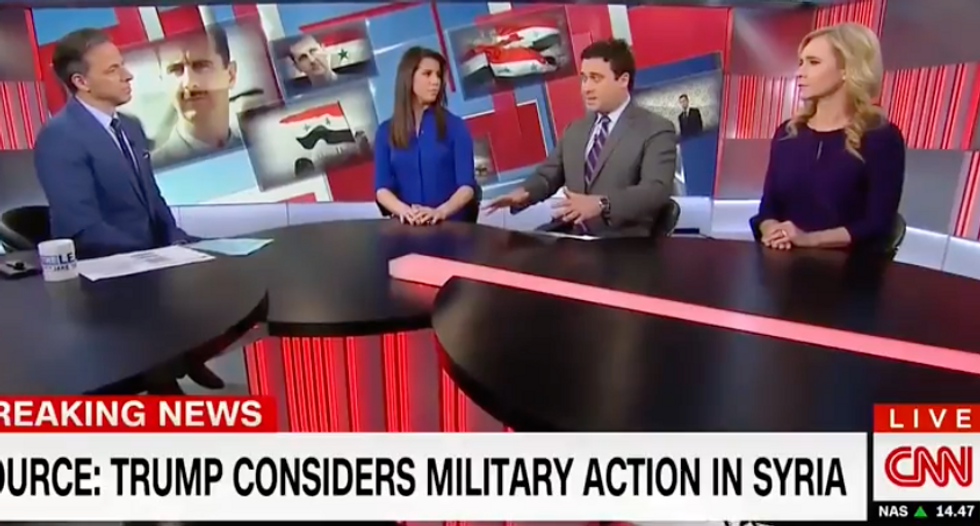 A CNN panel on Thursday threw cold water on Donald Trump’s reaction to the latest chemical attacks in Syria, with Jake Tapper arguing that even though the president has finally awoken to the horrors, Tuesday’s attack "is not the first and it's not the worst.”

Trump on Thursday signaled he is contemplating military action in Syria after the regime engaged in a deadly gas attack on citizens in the earlier this week. In a press conference Wednesday, he criticized former President Barack Obama for his inaction in Syria, and told reporters the latest attack crossed a bunch of lines for him.

Still, despite his tough talk, Trump as a private citizen in 2013 warned then-President Obama not to engage in the Syrian Civil War. Now, Trump is learning the hard way demanding action in Syria is far more complicated than he thought.