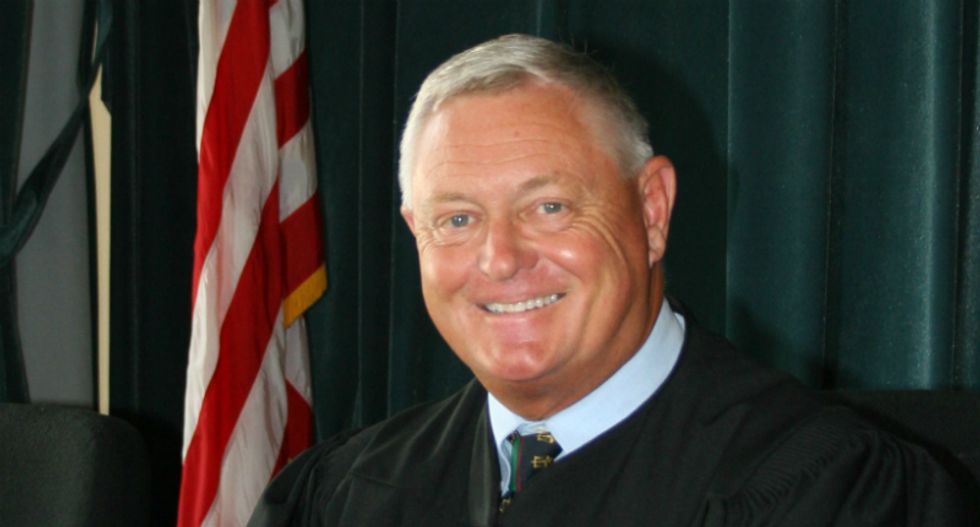 In a dramatic response to a power-grab by Republicans in the North Carolina legislature, a Republican judge resigned today to circumvent efforts to strip power from the Democratic governor.

The Charlotte Observer reports that following today's surprise resignation by Republican Judge J. Douglas McCullough, Democrat John Arrowood was sworn in. Judge McCullough worked as a staffer for Senator Harrison Schmitt (R-NM) before being appointed by President Ronald Reagan as United States Attorney in the eastern district of North Carolina.

Since Democrat Roy Cooper was elected Governor of North Carolina last fall, the Republican Legislature has gone to great lengths to strip his office of power. Yet with a three-sentence resignation letter this morning, Judge McCullough has proven that not all Republicans are willing to go along with shenanigans by legislative Republicans.

North Carolina has a mandatory retirement age for judges. To prevent the Democratic Party governor from appointing replacements for Court of Appeals judges nearing forced retirement, the Republican Legislature passed a bill to shrink the size of the court from 15 to 12 judges -- thereby denying the Democrat of three scheduled appointments.

The legislation was vetoed on Friday, but a successful veto override was expected later tonight.

However, before the legislature could vote to override Governor Cooper's veto of House Bill 239, Judge McCullough resigned 36 days prior to his forced retirement. This allowed the appointment of Judge Arrowood at 9:45 a.m. this morning.

“I did not want my legacy to be the elimination of a seat and the impairment of a court that I have served on,” Judge McCullough explained.