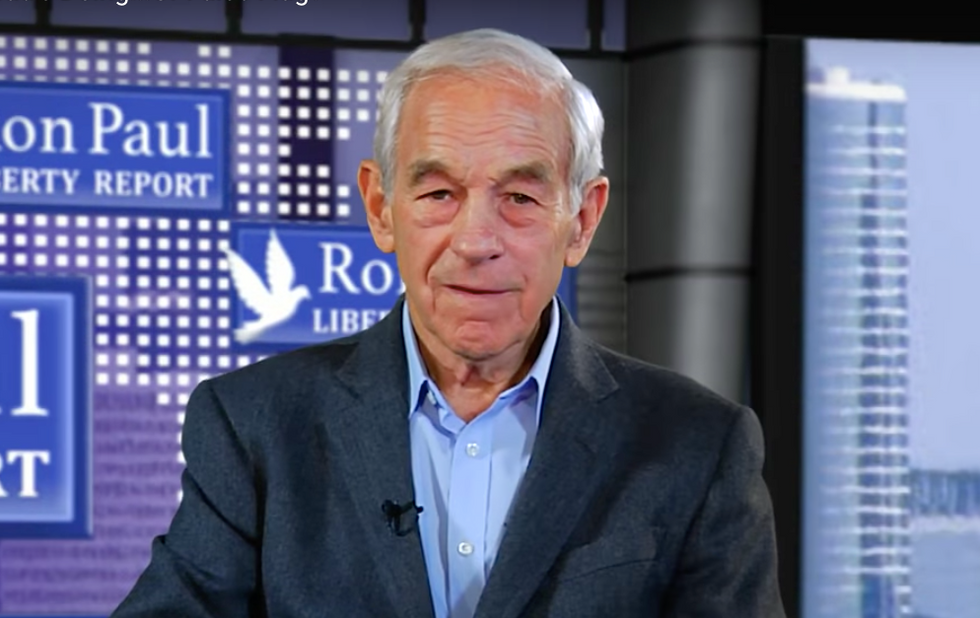 On his "Ron Paul Liberty Report" broadcast on Wednesday, the Libertarian-leaning Republican proclaimed that the chemical weapon attack on Tuesday was a "false flag" operation designed to smear Assad and involve the world in a global war.

“Before this episode of possible gas exposure and who did what, things were going along reasonably well for the conditions,” said Paul. “Trump said let the Syrians decide who should run their country, and peace talks were making out, and Al Qaeda and ISIS were on the run.”

“It looks like, maybe, somebody didn’t like that so there had to be an episode, and the blame now is we can’t let that happen because it looks like it might benefit Assad," he said.

International observers report that on Tuesday, residents of the town of Khan Sheikhun in northwestern Syria experienced symptoms of a nerve agent attack including vision problems, foaming at the mouth, respiratory distress, vomiting and fainting. Hours later, additional strikes were made on hospitals that were treating the first round of victims.

At least 160 people were injured and 72 were killed, at least 11 of whom were children. A "false flag" operation is when a group or individual carries out a terror attack with the interest of blaming another party in order to sow political instability or enflame tensions.

As a Libertarian, erstwhile presidential candidate Rep. Paul has a history of trucking in conspiracy theories and a long-standing hostility to the so-called globalist agenda.

“It makes no sense, even if you were totally separate from this and take no sides of this and you were just an analyst, it doesn’t make sense for Assad under these conditions to all of the sudden use poison gasses,” he said. “I think it’s zero chance that he would have done this deliberately.”