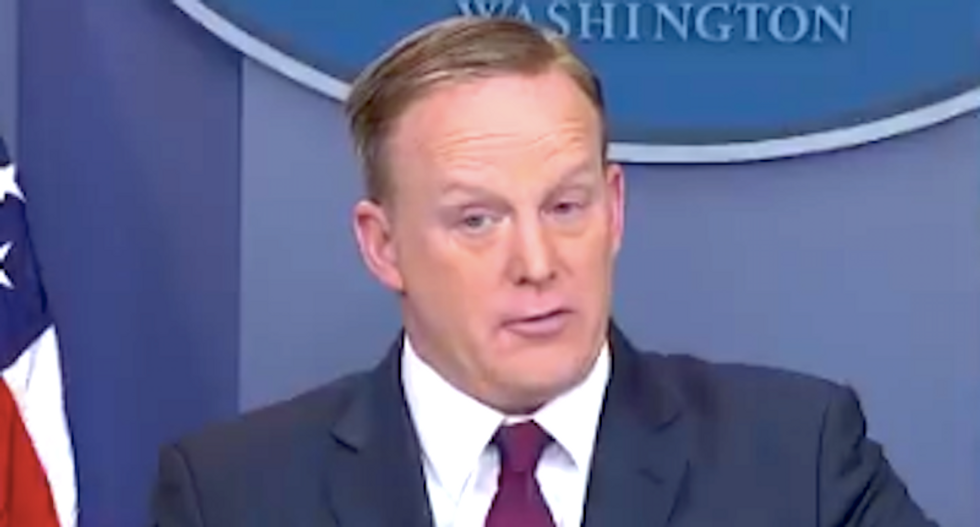 "Today's chemical attacks in Syria against innocent people including women and children is reprehensible and cannot be ignored by the civilized world," Spicer told reporters. "These heinous actions by the Bashar al-Assad regime are a consequence of the past administration's weakness and irresolution."

According to reporters who were on the call, Spicer was asked multiple times if President Donald Trump was concerned about Russian President Vladimir Putin's role in the attacks. But Spicer refused to answer, and insisted that his statement spoke for itself.

First several Qs to Spicer are about Syrian chemical attack. He won't say whether Russia (not Assad regime) could have been behind it
— Emily Ngo (@Emily Ngo) 1491321359.0