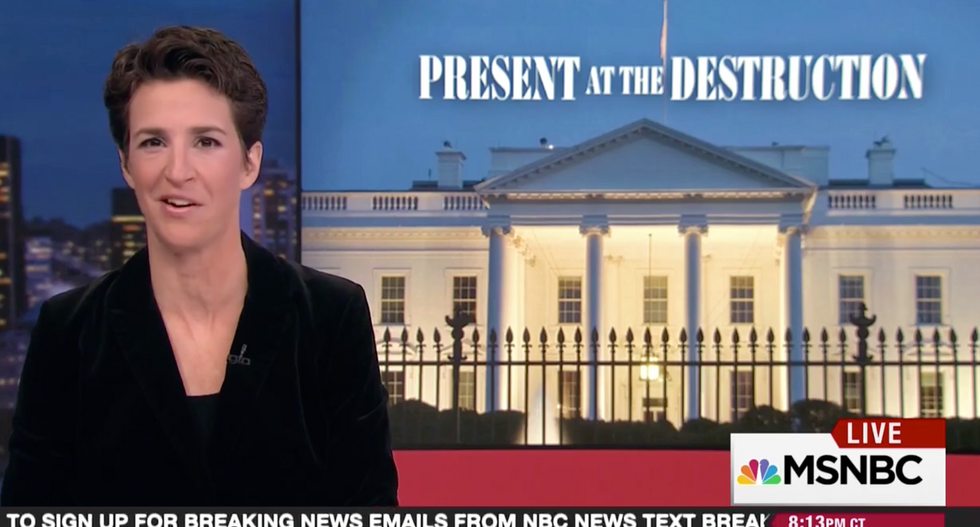 MSNBC’s Rachel Maddow on Tuesday issued a brilliant takedown of Donald Trump’s administration, laying out the many, many instances where observers of the president wondered whether his actions were “stupid, or nefarious.”

Maddow had previously asked that question herself back in February, when she analyzed Trump’s presidency in its infancy. In a Foreign Affairs article, writer Gideon Rose recalled Maddow’s question in a take-down of the president’s dangerous approach.

“Every administration spins, fights with the press and the bureaucracy, pushes its own agenda, and tries to evade intrusive oversight,” Rose wrote. “But ordinary White Houses do not repeatedly lie, declare war on mainstream media institutions, pursue radical goals while disdaining professional input, and refused to accept independent scrutiny.”

“How seriously you take these behaviors depends on how you assess the motivation behind them, generating a game some have taken to calling ‘Stupid or nefarious?’” Rose added.

“That’s your choice: Stupid or nefarious?” Maddow said Tuesday. “I would like to take door number three.”

Much like she did back in February, Maddow discussed the litany of mistakes the Trump organization has made, from when the president conflated the special election in Georgia with a snap election in the UK to when he congratulated Turkish President Recep Tayyip Erdoğan for passing a “dictatorship referendum.”