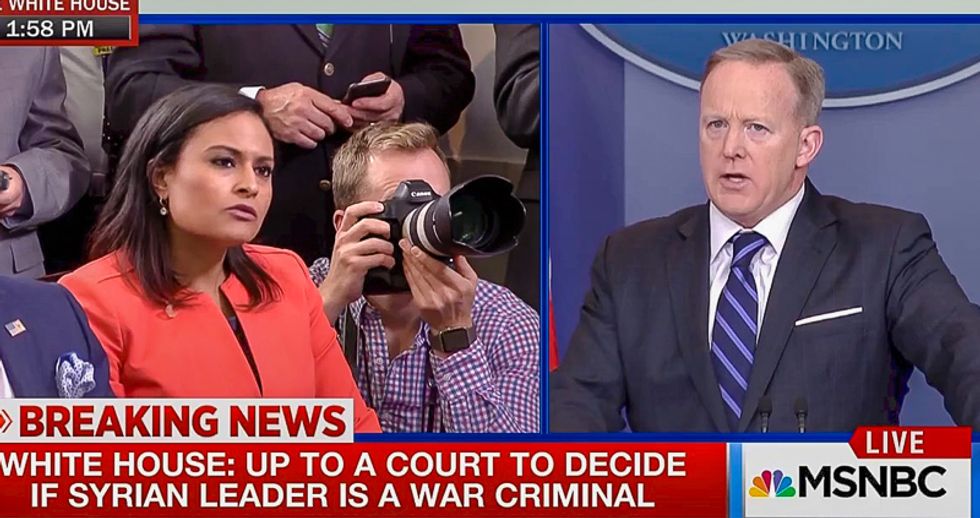 White House Press Secretary Sean Spicer said on Monday that one of the Trump administration's top goals in the Middle East was to "destabilize" Syria.

"The goal for the United States is twofold," Spicer explained. "It's, one, to make sure we destabilize Syria -- destabilize the conflict there, reduce the threat of ISIS. But then, secondly, is create the political environment, not just within the Syrian people, but I think you can have -- work with Russia in particular to make sure that they understand that Syria, backed up by Russia's own accounting, should be held accountable for the agreements that its made with respect to its international agreements on chemical weapons alone."

Welker pressed the press secretary about whether it was possible "to defeat ISIS with Assad still in power."

Spicer mumbled the question back to himself before finally answering.