Trump offers new take on Assad: 'I guess he’s running things, so I guess something should happen' 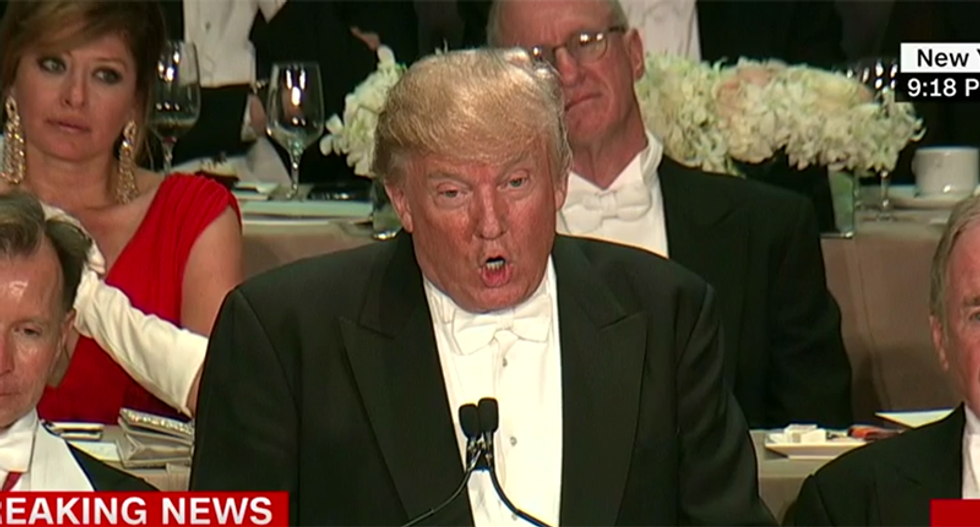 As Politico's Shane Goldmacher reports, Trump issued a new assessment of the Syrian situation on Thursday in which he declared, "I guess something should happen."

"I think what happened in Syria is a disgrace to humanity, and he's there, I guess he's running things, so I guess something should happen," Trump said.

Nonetheless, the president declined to say specifically what he would do to stop Assad.

"I don't want to say what I'm going to be doing with respect to Syria," he said.

Trump's statement came shortly after Secretary of State Rex Tillerson said that "steps are underway" to draw up a plan to build an international coalition to remove Assad from power. The president will reportedly be briefed on military options against Assad on Thursday night by Defense Secretary James Mattis.