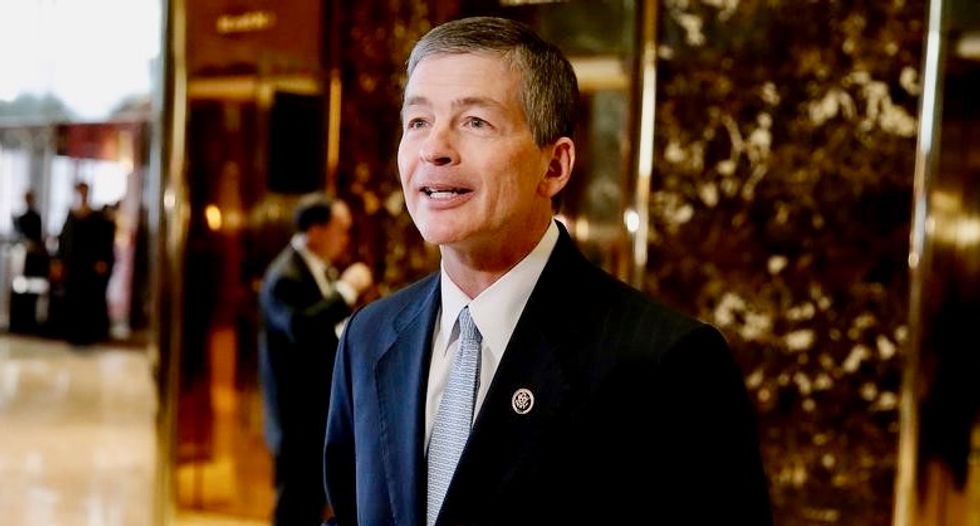 The U.S. House banking chairman said on Thursday his attempt to eliminate limits on fees banks can charge retailers for debit card transactions may not survive as he pushes a bill to overhaul financial rules.

Republican Representative Jeb Hensarling of Texas said his provision to kill the fee limits is the most contentious part of his 600-page financial reform measure, and could eventually be stripped in the final version of his bill. Any House bill that reverses the 2010 Dodd-Frank financial reform law will probably face rough sledding in the Senate, with significant changes needed before it could become law.

Merchants favor the limits established in 2010, while bankers oppose them. At stake are billions of dollars in revenue for either industry, and both sides have been waging a lobbying battle, with lawmakers feeling pressure from both sides.

“I know that we have members frankly on both sides of the aisle who may be a little conflicted on the issue,” said Hensarling. “We are still listening carefully to both sides, so we’ll see what happens as we progress through the process.”

Debit card fee limits, part of the Dodd-Frank financial reform law, are frequently referred to as the “Durbin amendment,” after the primary sponsor, Senator Dick Durbin, Democrat of Illinois.

Hensarling, chairman of the House Financial Services Committee, said he is fundamentally opposed to government price controls on private market operations, and will make the case for scrapping the fee limits. But he acknowledged that members in both parties were divided, and the provision could be stripped when his panel considers amendments to the bill.

Alternatively, the provision could be removed from the bill before it is voted on by the full House.

The banking panel is expected to consider amendments and vote on Hensarling's bill Tuesday. He said he expects the bill to be considered by the full House “shortly thereafter.”

The House bill is not expected to become law because it will probably not garner enough support in the Senate, where the votes of at least eight Democrats would be needed for it to pass. The Senate is considering a more modest approach to revisiting existing financial rules.