US, Russian crew lands after six-month stay on space station 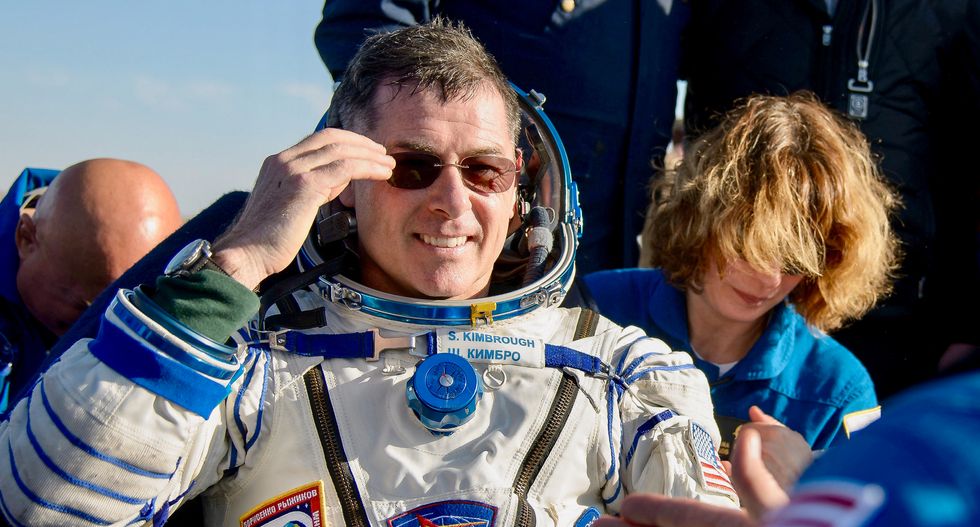 A U.S. astronaut and two Russian cosmonauts made a parachute landing in Kazakhstan on Monday, wrapping up a nearly six-month mission aboard the International Space Station, a NASA TV broadcast showed.

The Russian Soyuz capsule, which left the station shortly before 4 a.m. EDT, touched down southeast of Dzhezkazgan, Kazakhstan, at 7:20 a.m. EDT.

Seated in the capsule were returning station commander Shane Kimbrough of the National Aeronautics and Space Administration and cosmonauts Sergey Ryzhikov and Andrey Borisenko from Russian space agency Roscosmos.

"It's really neat to be part of something this big, something bigger than ourselves ... even bigger than a nation," Kimbrough said during a change-of-command ceremony on Sunday. "We get the ability up here to interact with things that actually benefit all of humanity. It's really humbling."

Three crew members remain aboard the station, a $100 billion research laboratory that flies about 250 miles (400 km) above Earth. In command is NASA's Peggy Whitson, who on April 24 will break the 534-day record for the most time spent in space by a U.S. astronaut.

Whitson, a veteran of two previous missions on the station, is the first woman to hold the post of commander twice.

The U.S. and Russian space agencies agreed last week to extend Whitson's mission by three months to fill in as the new crew's third member.

Russia is reducing its station cadre to two from three members until its new science laboratory launches to the space station next year, the head of Roscosmos said last week at the U.S. Space Symposium in Colorado Springs, Colorado.

Whitson will return to Earth in September, having amassed a career U.S. record of 666 days in orbit. Russian cosmonaut Gennady Padalka, who has 878 days in orbit, is the world's most experienced space flier.