WATCH: Alex Jones swears he's not a 'performance artist' in off-the-rails rant on his way to divorce court 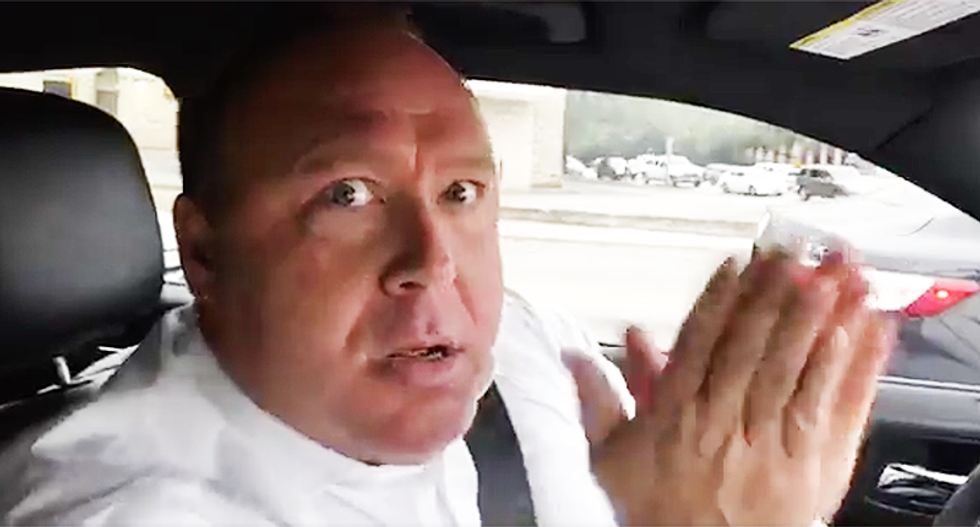 While driving to divorce court this morning, right-wing conspiracy theorist Alex Jones broadcast a live video to his Facebook followers to reassure them that he is not an actor, according to RightWingWatch.

RawStory reported Monday that Alex Jones' divorce attorney argued his client is nothing more than a "performance artist" and "he’s playing a character" when he appears on InfoWars.

"We’re all actors, but I believe in what I stand for—I’m not an actor as my main identity," Jones told the camera. "I am completely real and everybody knows it."

He went on to cite right-wing successes over the last year including President Donald Trump's win along with the Brexit vote and "taking down the New World Order."

Anyone shouting he is fake is perpetuating a globalist plot to take him down, Jones said. Less than two hours later, Jones was in court.