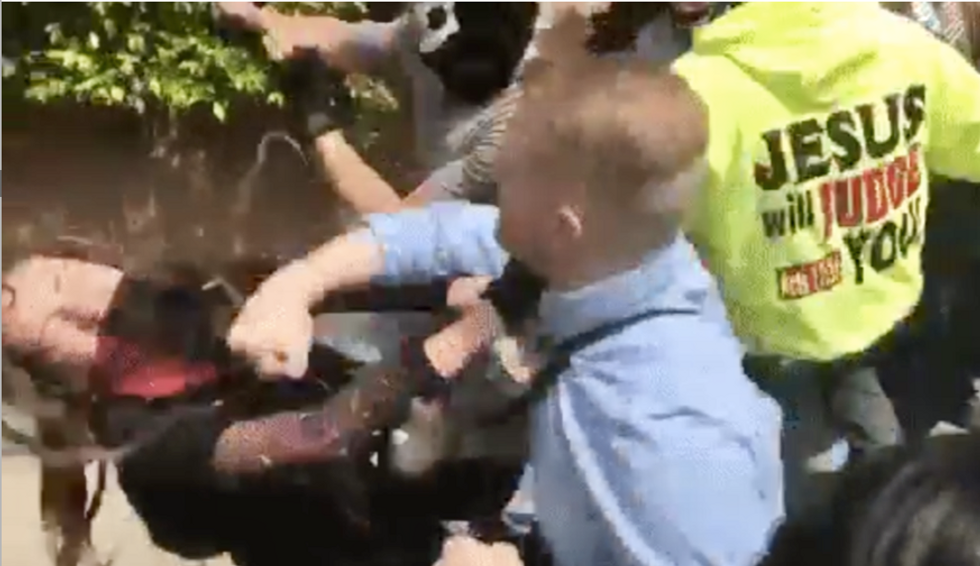 A pro-Trump protester punches a woman during violence in Berkeley, CA (Screen capture)

Demonstrators both for and against President Donald Trump clashed in Berkeley, CA Saturday as protests have turned violent.

According to CNN, Berkeley Police issued a statement that said, "A large number of fights have occurred and numerous fireworks have been thrown in the crowds," Berkeley police said in a statement. "There have also been numerous reports of pepper spray being used in the crowd."

The Berkeley protest began as a so-called "Patriot's Day" rally of Trump supporters, but counter-demonstrators quickly assembled and tempers began to flare.

Protesters gathered around the country on Saturday to protest the Trump administration and demand that the former reality TV game show host reveal his tax returns to public scrutiny.

As the Berkeley protest turned violent, social media began to fill with videos taken at the scene.