WATCH: Mormon leader explains why children must go hungry so the church can have money 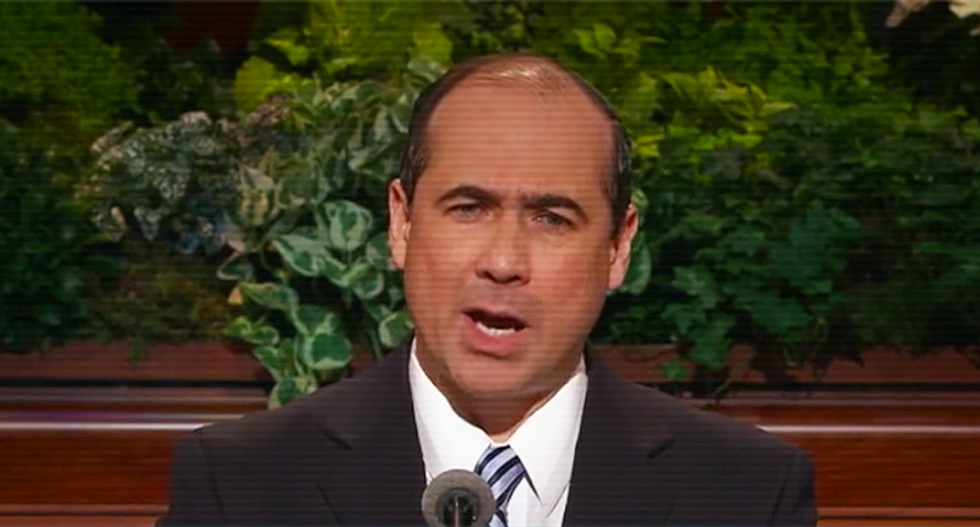 The Church of Jesus Christ of Latter-day Saints needs their members to give their 10 percent tithing money to the church so much that they don't care if your children go hungry.

Patheos noticed that over the weekend at the Mormon's biannual General Conference elder Valeri V. Cordón gave a speech demanding the church's money. He explained that as a child he worked in his father's factory during school vacations.

"The first question my father always asked after I received my salary was, 'What are you going to do with your money?'" he recalled. "I know the answer and responded, 'Pay my tithing and save for my mission.'"

His father asked him the same question each time but he clarified that he had already learned the lesson because his father couldn't buy food for him after a civil war in Guatemala. He went hungry often times because his parents had to pay the church.

"One day, during those difficult times, I heard my parents discussing whether they should pay tithing or buy food for the children," he told the audience. "On Sunday, I followed my father to see what he was going to do. After our Church meetings, I saw him take an envelope and put his tithing in it. That was only part of the lesson. The question that remained for me was: what we were going to eat!"

Jesus Christ spoke frequently about the church caring for the poor. "Blessed are you who are poor, for yours is the kingdom of God," Christ said in Luke 6:20-21.

Earlier in Luke, Christ is quoted telling his followers, "The Spirit of the Lord is upon me because he has anointed me to bring good news to the poor. He has sent me to proclaim release to the captives and recovery of sight to the blind, to let the oppressed go free, to proclaim the year of the Lord’s favor."

Watch his full speech below: