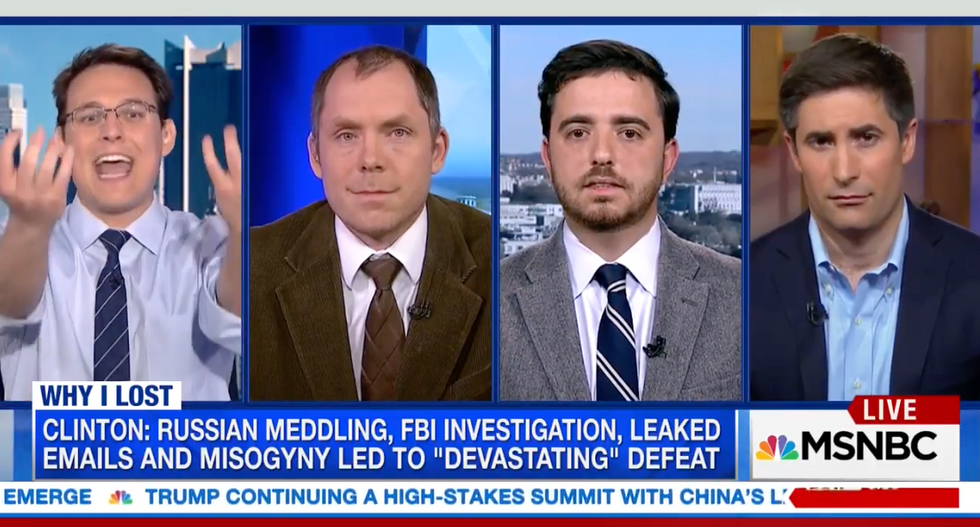 A panel of men on MSNBC Friday discussed whether misogyny played a role in the defeat of former Democratic candidate Hillary Clinton—ultimately deciding that could not have been the case.

“With men, success and ambition are correlated with likability, so the more successful a man is, the more likable he becomes,” Clinton said at the Women in the World Summit in New York on Thursday. “But for a woman, it’s the exact opposite.”

Discussing her comments, host Steve Kornacki asked his fellow male panelists whether Clinton had any basis for her assertion.

“Listening to Hillary Clinton at that event … is it fair to say the feeling among democrats is not that Hillary Clinton really did anything that lost the election, it was more things that were done to her?” Kornacki asked the panel.

The MSNBC host later pressed a Democratic guest if the party’s “lessons are more, ‘Hey we mostly did the right things, and we kind of got screwed here.’”

Kornacki added when he listens to Clinton and fellow Democrats, he hears, “These are the things that happen to us, not the things we did wrong.”

The Washington Examiner’s Tim Carney argued Clinton “trying to blame other people is not good politics,” adding that the Democratic party is relying on “elite identity politics.”

“It’s a minority party mindset in the DNC,” Carney said.