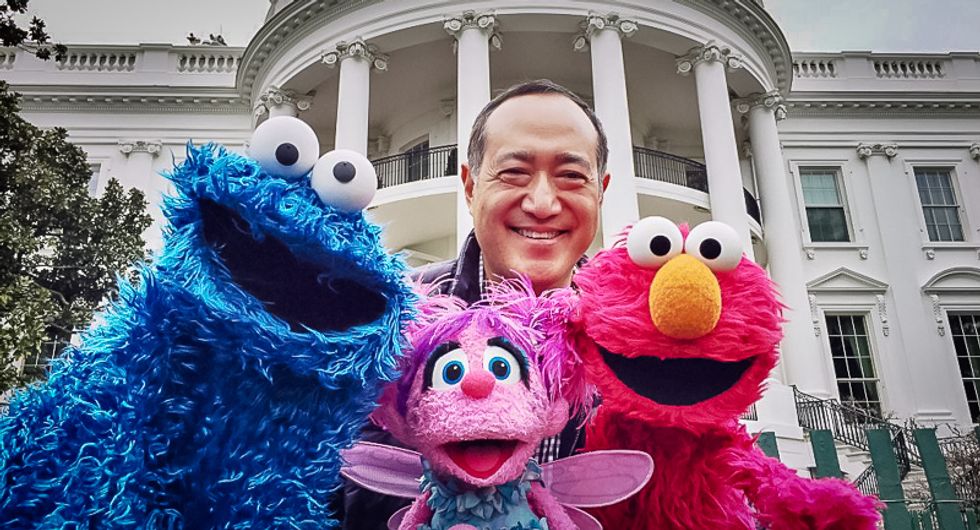 PBS confirmed to The New York Times that the White House made a last-minute request for Sesame Street characters like Big Bird or Elmo to appear at this year's event.

“We just got word about this year’s Egg Roll and are working on planning,” PBS spokesperson Jennifer Rankin Byrne explained to the paper on March 20.

Sesame Workshop spokesperson Elizabeth Weinreb Fishman revealed that one costumed character would be appearing at the event, a departure from the multitude of Muppets that have showed up for the roll in recent years.

Just four days before PBS confirmed its participation, the Trump administration had released its budget plan to eliminate all federal funding for PBS.

“When you start looking at places that we reduce spending, one of the questions we asked was can we really continue to ask a coal miner in West Virginia or a single mom in Detroit to pay for these programs? The answer was no," Office of Management and Budget Director Mick Mulvaney told MSNBC on March 16.