'You just said you did': AP busts Trump for lying about watching CNN two minutes after he admitted it 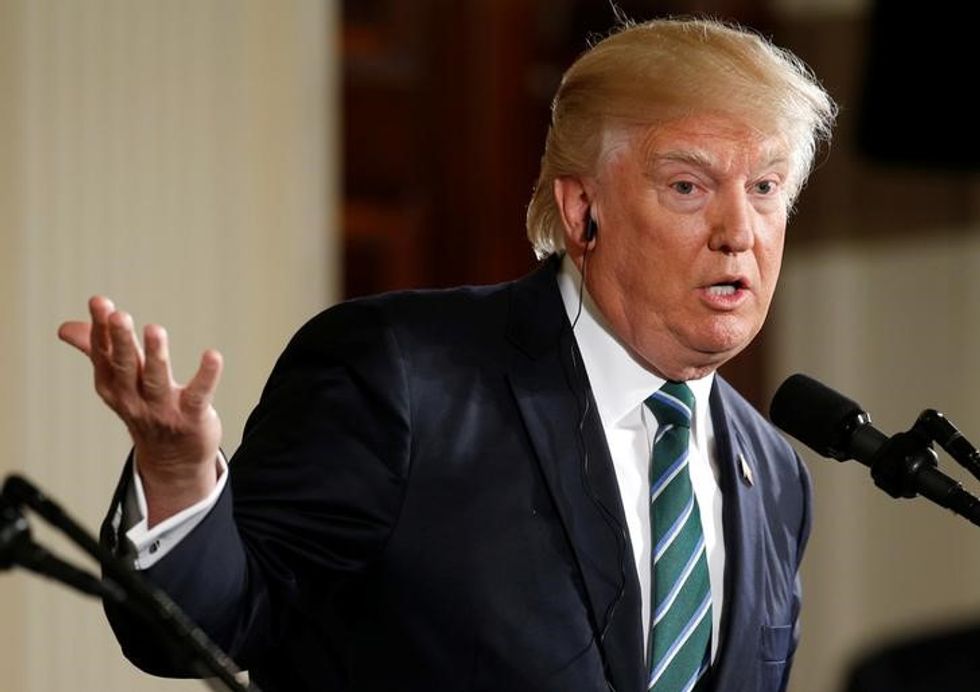 In a interview with the Associated Press that was published over the weekend, President Donald Trump refused to condemn WikiLeaks and repeatedly contradicted himself.

Speaking to Trump from the Oval Office, AP asked the president to reflect on his first 100 days in office.

On foreign policy, Trump recalled that he had "one of the best chemistries" with German Chancellor Angela Merkel, and he took credit for NATO's fight against terrorism.

Trump, however, argued that people should not hold him to the promises he made in his 100-day plan, and then falsely claimed that he had gone above and beyond the plan by selecting Supreme Court Justice Neil Gorsuch.

AP: So in terms of the 100-day plan that you did put out during the campaign, do you feel, though, that people should hold you accountable to this in terms of judging success?

Trump was hesitant to criticize WikiLeaks or its founder, Jullian Assange, for publishing stolen emails from the Democratic National Committee. Instead, he asserted the DNC was at fault for allowing the information to be hacked.

"When Wikileaks came out, all I was just saying is, 'Well, look at all this information here, this is pretty good stuff,'" Trump explained, adding that he did not "support or unsupport" Assange.

Trump asserted that the DNC data would not have been stolen and published by WikiLeaks "if [the DNC] had the proper defensive devices on their internet, you know, equipment."

The president also said that he had stopped paying attention to the mainstream media -- and then contradicted himself.

TRUMP: OK. The one thing I've learned to do that I never thought I had the ability to do. I don't watch CNN anymore.

AP: You just said you did.