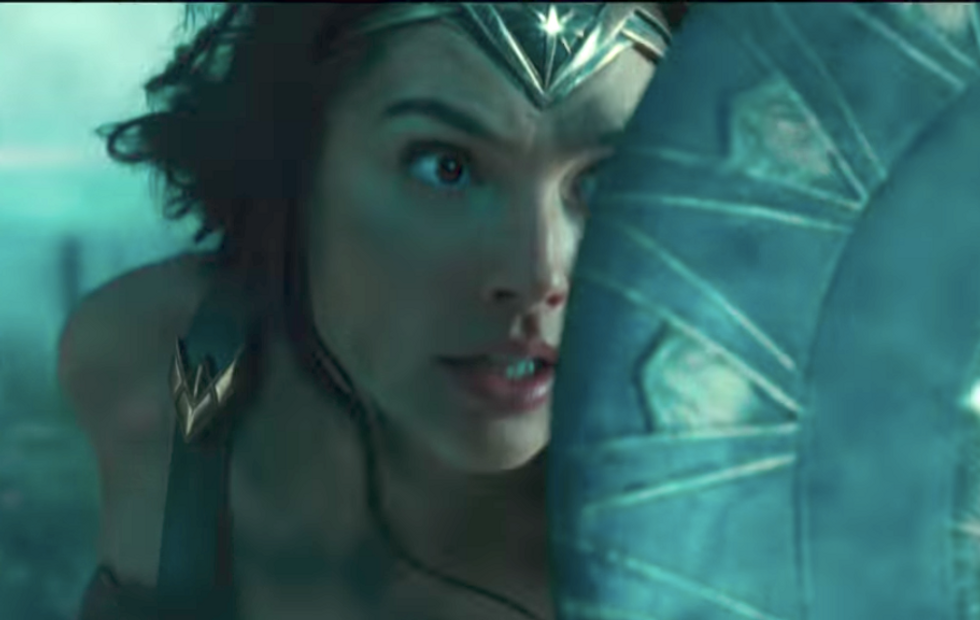 A pair of women-only screenings of the feature film "Wonder Woman" at Austin, Texas' famous Alamo Drafthouse movie theater has some men up-in-arms.

Gizmodo.com said Thursday that tickets to the Drafthouse's women-only showing sold out within hours and the venue is now selling tickets for a second screening.

"Wonder Woman" is a big deal, said Gizmodo's Beth Elderkin, because it's "the first comic book film to star a woman in over a decade, and arguably the first female-led superhero blockbuster ever. The Drafthouse is pulling out all the stops for this screening, promising that everyone participating in this showing will be female and female-identifying... and that includes everyone working behind the scenes."

“Apologies, gentlemen, but we’re embracing our girl power and saying ‘No Guys Allowed’ for one special night at the Alamo Ritz. And when we say ‘Women (and People Who Identify As Women) Only,’ we mean it. Everyone working at this screening — venue staff, projectionist, and culinary team — will be female.”

Some men have objected, saying they're being discriminated against.

"I love Alamo Drafthouse and watch all my movies with y'all (and still will), but separating any group from another is very odd," wrote one male commenter on the Drafthouse's Facebook page. "Wonder Woman was created in the 1940s as an empowering figure and a lot of people, men and women, are happy to see it come to the big screen. I doubt the original writers ever had women's only screenings as an agenda."

"I am really disappointed in this," a woman commenter said. "My husband loves taking my daughter to Superhero movies. They have been counting down the day to go see this at Alamo draft house. Guess we will be going elsewhere. I see what y'all were trying to do but you are the ones that encourage people to accept anyone and your [sic] doing right the opposite."

A commenter named Allen Dale complained, "Very tacky Alamo. I'm all for equality and having a screening specifically stating it is not inclusive to everyone, is against equality. I'm not saying Alamo did this intentionally, but it is still just wrong."

"Have you ever hosted a men's only showing of any film?" groused another man.

"Great," said another, "let us know when you have guys-only screenings of Thor, Spider-Man, Star Wars, etc. Let's see you walk the walk now that you set this precedence.[sic]"

"No!" the Drafthouse replied.

The majority of commenters, however, praised the idea. And some had a bit of fun tweaking the men complaining.

"I hear the tickets are being made from the tears of every bro who feels threatened by strong women," said one commenter.

One commenter fell back on blaming favorite "alt-right" bogey(wo)man "Social Justice Warriors" (SJWs), writing, "Imagine the sh*tstorm if there was any male only showing of anything...or a private showing for a specific race or sexual orientation... Nah, it's SJW approved."

The Drafthouse cheekily replied, "We're actually still waiting on our SJW certification of this event, but crossing our fingers!"

Watch the trailer for "Wonder Woman," embedded below: